J&T Management says they accept all the responsibility over damaged and missing packages. 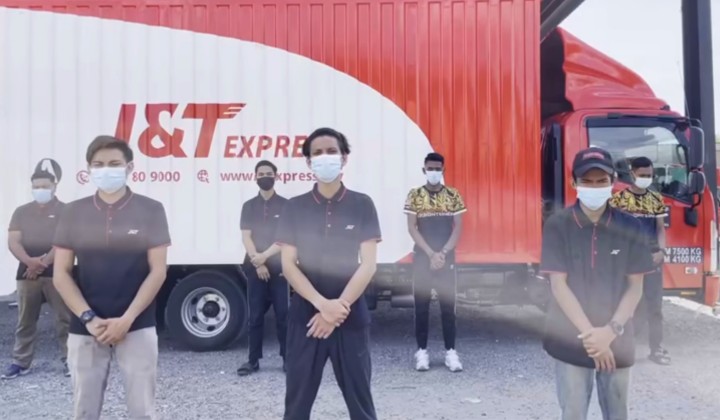 After videos of J&T Express staff protesting and destroying packages due to an alleged change in earned comission shocked Malaysians, the courier company and the staff involved has stepped forward to clear the air.

In a video posted to the J&T Express Perak Facebook page, seven staff who were involved in the viral incident made a public apology.

The group of seven then apologised again in unison to the customers of J&T Express and the company as well.

The video ended with them shouting ‘J&T boleh!’

J&T Express: It was all just a misunderstanding

The courier company also released a public statement regarding the incident, claiming that the alleged change of commission is false.

First of all, we express our deepest apologies to all Malaysians. Everyone’s opinions and suggestions are truly accepted and adopted by the company.

They clarified that it was a misunderstanding, and that no worker’s commission would be deducted. Instead, there was confusion over the year-end bonuses that led to the feeling of disgruntlement.

Accoring to J&T Express, workers who have been with the company for a full year or more received a full bonus, while those who worked for less than a year received a bonus according to their length of employment. However, this difference caused some confusion among the workers which led to dissatisfaction.

However, their Perak management team has handled and clarified the incident immediately. The workers involved resumed their normal working status with the proper handling of customer’s packages the next day, on February 5th.

The company clarified that because of the increased amount of packages, they had to hire more temporary workers. These temporary workers were only provided a simple training. J&T Express acknowledged that this was a fault in their management.

J&T Express promised to bear all responsibilities and improve their services.