Of course, you’d have to pay more for the Pro version. 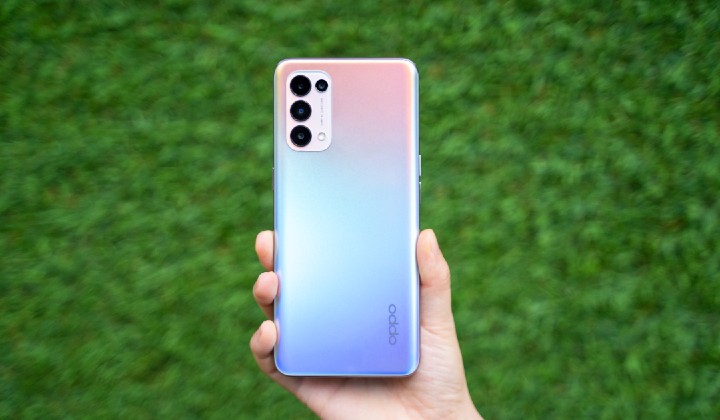 Although Malaysia has to wait until 2023 to get 5G connectivity, for under RM2,000 you can already get your hands on a 5G-capable smartphone with the new Oppo Reno5.

There’s actually two phones to choose from with the Reno5 at RM1,899 and it’s bigger sibling the Reno5 Pro which has an asking price of RM2,599.

The difference between the two is that, besides the price, the Reno5 Pro has a slightly bigger screen, RAM, internal storage and battery compared to the regular Reno5.

It also has a different chipset, with the Pro using the MediaTek Dimensity 1000+ chip that goes up to 2.6 Ghz compared to the 2.4 Ghz Qualcomm Snapdragon 765G that’s on the Reno5.

However, both devices also share similarities in the camera department with four cameras at the back (one of it being a 64MP main camera) that is able to shoot 4K video and a 32MP selfie camera on the front.

Both the Reno5 and Reno5 Pro will also have the same colours – Galactic Silver and Starry Black.

It’ll be on sale starting tomorrow, 27 January if you want to get your hands on the smartphones.

If you buy budget phones and keep them for 3 to 5 years, then this might be something to consider, but if you change your phone every one or two years, then you might as well wait since 5G isn’t exactly here yet.