It was also revealed that the man who was slapped was the son of another Datuk. 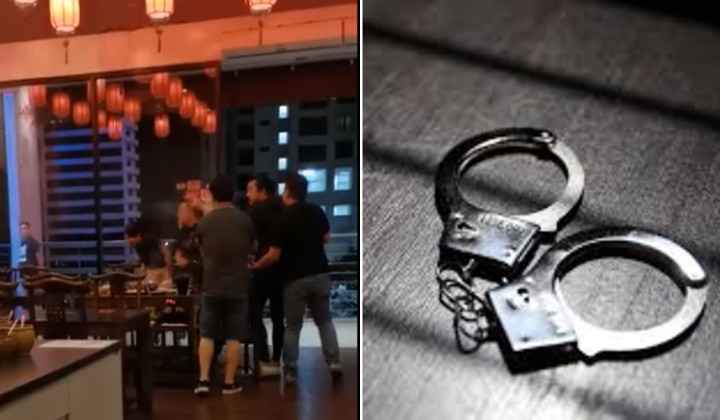 Two men, including a Datuk, who were detained by the police after they were believed to be involved in beatings and intimidation at a restaurant last Tuesday, were released on bail.

Earlier, the two men, aged 39 and 42, were remanded for two days ending today but the Petaling Jaya Magistrate Court rejected an application to extend the remand of the two suspects.

Petaling Jaya District Police Chief, Assistant Commissioner Nik Ezanee Mohd Faisal said the police were completing an investigation paper on the incident and will present it to the Deputy Public Prosecutor for further action.

Previously, it was reported that police arrested two men, including one with the title of Datuk, after they were believed to be involved in the beating and intimidation of a man at a restaurant in Persiaran Tropicana.

The incident is believed to have been caused by the suspect being reprimanded by an unknown man – a customer sitting at an adjacent table who scolded the suspect for speaking loudly.

Based on reports, it turns out that the man who was slapped appears to the son of Datuk Kwan Foh Kwai, the Perak Chinese Assembly Hall’s Deputy President.

“Tun” Isn’t Even The Top 3 Highest Awards In Malaysia