He used some of his i-Sinar withdrawal to build the humps. 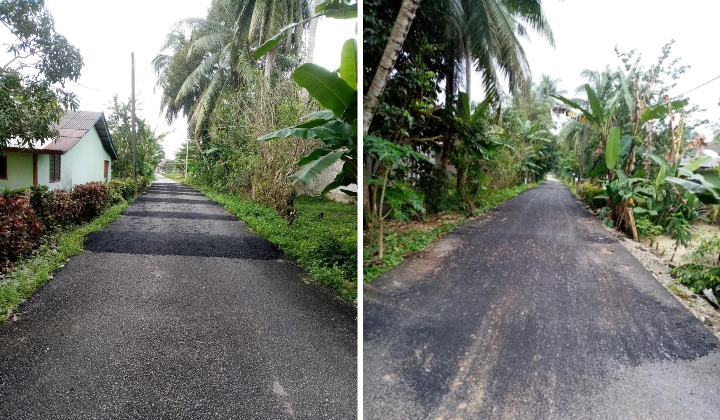 A man who caused a commotion in Besut, Terengganu for building 11 speed bumps on a road that’s located next to his house in Kampung Padang Luas, Jerti apologized for his actions.

Nor Muhamad Roslam Harun, 40, admitted his mistake in building multiple bumps at a distance of less than 40 meters, making it difficult for residents to get in and out of the main road.

Yesterday morning a police officer came to see me. He advised me nicely to remove all the bumps. So yesterday I also hired a bulldozer to level all 13 humps, including the two original bumps.

The man went viral on social media recently after sharing pictures of the new speed bumps which was reportedly built by his neighbour.

Roslam explained that the bumps were made because the vehicles speeding by his house were too noisy and it disturbed his sleep.

My bedroom is near to the road and noises from cars and motorcycle noises disturb my sleep. I am very depressed with this problem moreover I have health problems (mental disorders) but I haven’t received treatment.

Actually I want to build a sloping hump but the tar quickly hardened causing it to become a tall bump instead and only four-wheel drive can pass through.

He even posted pictures of the new road – complete with bumps removed – on his Facebook page and reminded motorists to be mindful when they’re driving near his house.