They’re not playing around anymore. 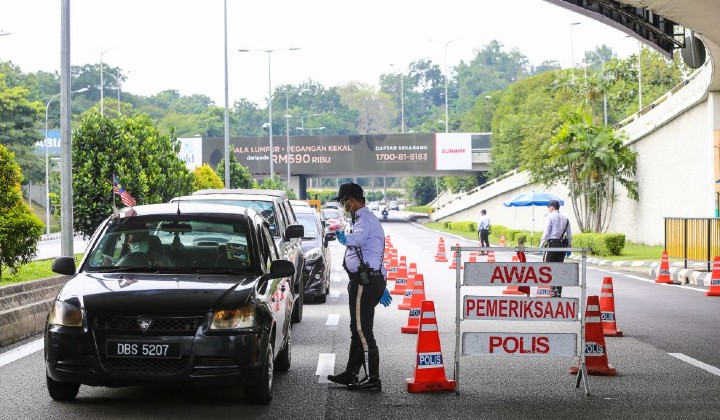 Once the clock hits 12.01 am tonighty, the Police will no longer compromise and will take stern action on Covid-19 SOP flouters, said Inspector-General of Police Tan Sri Abdul Hamid Bador.

It’s reported by The Star that the duties of the police force remain unchanged after the Emergency is in effect.

Abdul Hamid said the police were ready to enforce rules and regulations, ensuring safety and security of the people, especially in enforcing SOPs as well as the movement control order (MCO) regulations.

The time to educate and advise has passed. We will take appropriate action against those who are still stubborn. There has been ample time for the rakyat to understand and adhere to the SOP as it is also the ‘new normal’.

Just like the first MCO, the Chief said that the police will receive help from the military, Rela and other relevant agencies.

Meanwhile, Bukit Aman Traffic Investigation and Enforcement Department (JSPT) Director Datuk Azisman Alias said the police would never compromise on those who want to travel interstate without strong reasons and police permission, during the MCO period.

There is no further warning, instead compound action will continue to be imposed on any individual who is still stubborn and violates cross-state travel bans during the second period of the Movement Control Order (MCO), which will take effect tomorrow.

Enforcement actions involving cross-state bans for the second PKP start tomorrow, just like the previous PKP. However, in the beginning, we will asked them to turn back if there is no strong reason and police permission to cross the state. This time, we will compound individuals who are stubborn.