What happened to one of the most ambitious projects in South East Asia. 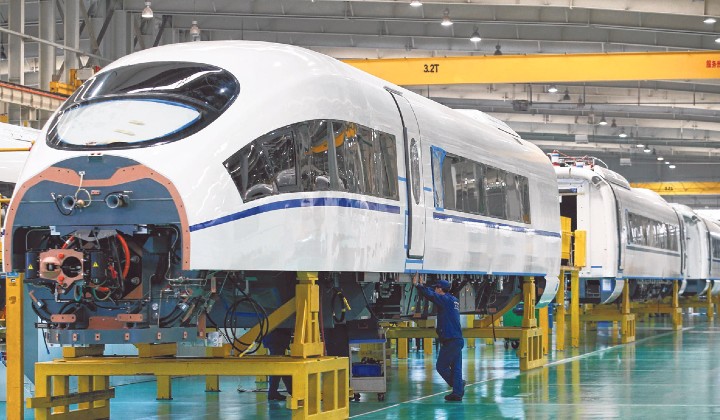 The deal between Malaysia and Singapore which was supposed to connect the two countries via a High Speed Rail (HSR) has ended.

We take a look at the events that led to the agreement and why both countries called off on the multi-billion Ringgit project.

How the HSR project was conceived

The idea of the High Speed Rail connecting Malaysia to Singapore actually came from the Performance Management and Delivery Unit (PEMANDU).

The Edge reported that the idea of the project has been around even before 2010, but the global financial crisis as well as the capital intensive nature hindered progress for some time.

Then in 2013, after the Singapore-Malaysia Leaders Retreat in Singapore, both countries agreed to build the 350km line. Three years after, in 2016, the Memorandum of Understanding (MOU) was signed between Malaysia and Singapore.

Touted as a “game-changer”, the HSR would cut travel time between Malaysia’s capital Kuala Lumpur and Singapore to just 90 minutes, compared to more than four hours by car.

The RM110 billion ringgit project, which was then slashed down to RM60 billion – was signed in 2016 by Singapore Prime Minister Lee Hsein Loong and Malaysia’s Prime Minister at that time, Datuk Seri Najib Razak.

This was three years after the announcement was made in 2013.

How HSR was supposed to connect both nations

Reaching speeds of 350 km/h, the rail was supposed to cut down travel time between Kuala Lumpur and Singapore, emulating other HSR lines such as the ones connecting London to Paris, Tokyo to Osaka and Madrid to Seville.

Based on studies conducted, the HSR could catalyse up to RM650 billion in Gross National Income (GNI) and add 442,000 jobs in 2069 with proper area development planning.

The plan originally was to have 7 stations in Malaysia, covering 335 km stretching from Penang all the way down to Johor, and one in Singapore:

It was later proposed for the line to add more stations, namely around the capital and Klang Valley area.

Milestones in the HSR Project

What caused the cancellation

There were several factors which led to the project being called off, with Covid-19 being one of the main reasons why Malaysia had to renegotiate the deal with Singapore.

The island republic was unable to agree to one change proposed by Malaysia, which involved the removal of the assets company – the systems supplier and network operator of the HSR service between Singapore and Kuala Lumpur.

Singapore’s Transport Minister, Ong Ye Kung explained that the HSR is a cross-border service and there must be a be a single train system operating between the two nations, because both countries don’t have the expertise and experience to operate the HSR.

He said that both countries initially agreed to appoint an industry player to operate the system and once appointed, the assets company would supply the train system and operate the network.

To Singapore, the asset company is the centrepiece of the HSR project it is necessary to ensure that the interest of both countries are protected, this will minimise possibility of future disagreements and disputes over the long duration of the project, lasting decades.

He then said that the Singapore government couldn’t accept the removal of the assets company which they deem as a “fundamental departure” from the Bilateral Agreement (BA).

In these circumstances, he said, Malaysia has to compensate Singapore in accordance with the HSR agreements.

Meanwhile, he also mentioned that Malaysia proposed the changes to save the government more money, MalaysiaKini reported.

Mustapa said that the Malaysian economy has been battered by Covid-19 and the removal would’ve saved the country 30% of the cost.

He added that the government has proposed a new structure, which was widely used worldwide, such as in Europe, the UK, Japan and South Korea.

The proposed new project structure also prevents the government from providing guarantees amounting to RM60 billion for 30 years. In addition, it also gives us more flexibility in financing this project. Apart from that, we have also suggested some other changes. This includes changes to station alignment and design which will all reduce spending by about 30%.

He also said that the government proposed to consider the possibility of starting construction of this project two years earlier, which, Mustapa added, can help in accelerating the recovery of the Malaysian economy after the pandemic, especially for the construction sector.

This, he said, will be able to create more high value employment opportunities as well as business opportunities for small, medium and large scale enterprises at this critical time.

Although the HSR project is now done and dusted, both countries are still open to other cross border transportation opportunities in the future.

After the cancellation, Mustapa said that the Government will now undertake a detailed study on the viability of a domestic HSR project and its benefits to Malaysians.

It’s reported that the new domestic HSR will possibly be between Kuala Lumpur and Johor Bahru and if the feasibility study shows that the project is viable, it will proceed on an open tender.