Many questions arose on the SOPs and quarantine rules. 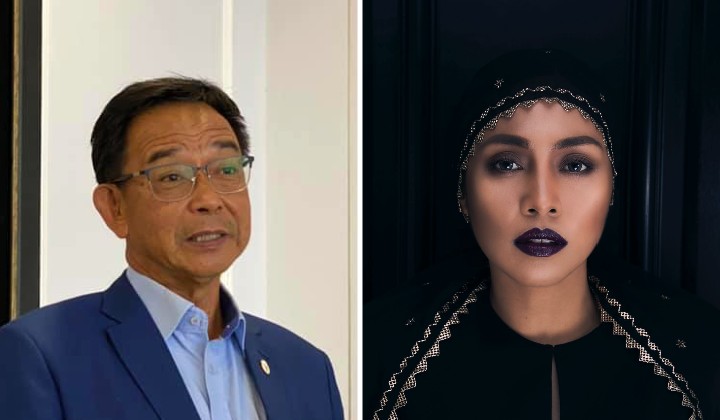 Sarawak usually hosts a smashing New Year’s Eve party every year at the Kuching Waterfront, but the pandemic has put a wrench in those plans. To usher in 2021, they will be hosting a much smaller celebration of 1,000 guests at the Indoor Stadium instead.

The party is meant to celebrate frontliners in Sarawak and will be held strictly according to SOP.

Sarawak-born artiste Dayang Nurfaizah will also be making an appearance, but the way she entered the state has raised some eyebrows.

She had completed a swab test before arriving in Sarawak, but upon arrival, was asked to take another swab test and quarantine.

Tourism, Arts and Culture Minister Datuk Abdul Karim Rahman Hamzah noted that there are special rules for certain people that stipulates only a swab test in Peninsular Malaysia prior to departure and no quarantine upon entering Sarawak.

However, as she was still asked to take a swab test and quarantine, Abdul Karim has personally apologized to her for the inconvinience caused.

Netizens were not impressed that she was given such special treatment.

Sarawak gov is hosting 1k guest NYE party with singers flown in without having to be quarantined but insists that they are following “proper SOPs” demonstrates the uneveness of their pandemic protocols as everyone else who is not VIP has to be quarantined when entering the state.

Some people in other country first test is negative (asymptomatic)
After two weeks only the symptoms appear .Is that minister take all responsibility if something happens ?

If @DayangNurfaizah is concerned, she should boycott the “event”.

This is Double Standard for Sarawakian @DayangNurfaizah Konsert or Health more important? pic.twitter.com/78TTLIEuTg

Some noted that if certain individuals are allowed special treatment by forgoing the SOPs, then the SOPs are not standard at all and would still place everyone at risk.

How Many People Are Allowed To Gather?

The Covid-19 situation has calmed down in Sarawak, and they are no longer under CMCO since 27 November. At the time of writing, they have no active red zones, and only 4 yellow zones.

Abdul Karim has also noted that the party will be hosted in strict compliance with the SOP.

Currently, Sarawk is under the RMCO. The SOPs does allow for gatherings subject to venue size and physical distancing, so it seems that Stadium Perpaduan will be able to hold 1,000 pax while compliant with SOP.

The Sarawak Coundown 2021 will be broadcast live on TV Sarawak and UKAS Facebook pages starting 8pm, so that all Sarawakians will be able to watch the show online. Additionally, there will also be fireworks to be set off just outside the venue.