It was his second robbery of the day. 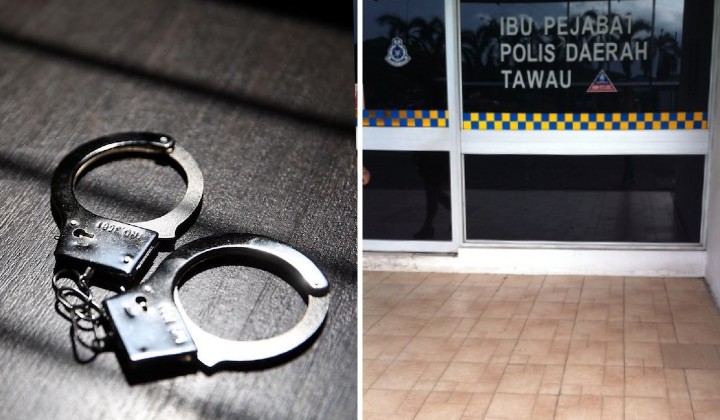 A robber in Tawau surrendered himself to the police on Christmas after he was chased by an angry mob for robbing a victim using a long machete.

Based on reports from Bernama, the 27 year old man sped to the Tawau Police Station using the motorcycle that he stole in Jalan Tawau Lama and was detained 20 minutes after incident.

The victim asked for help from the public at the scene to chase the suspect, but the suspect who was riding the robbery motorcycle fled into the Tawau Police Station area and was detained with a sharp weapon measuring 68 centimeters.

This is actually his second robbery of the day as the police noted that he robbed a man driving a Nissan Frontier at Jalan Tanjung Batu Darat using the same machete earlier that same day.

The man fled the area with the vehicle towards Jalan Tawau Lama but had to ditch the off-road truck after it ran out of fuel.

Peter said the suspect’s remand application would be submitted tomorrow in accordance with Section 117 of the Criminal Procedure Code at the Tawau Magistrate’s Court for further investigation.

The suspect then would order the victim to get out of their vehicle before fleeing with it – something that sounds like it came straight out of Grand Theft Auto.

Based on a review of the suspect’s past record, he was found to have been detained four times since 2014 until last year involving drug abuse offenses.