The programme screened officers in Terengganu, Kelantan, and KL, and will soon include other states nationwide. 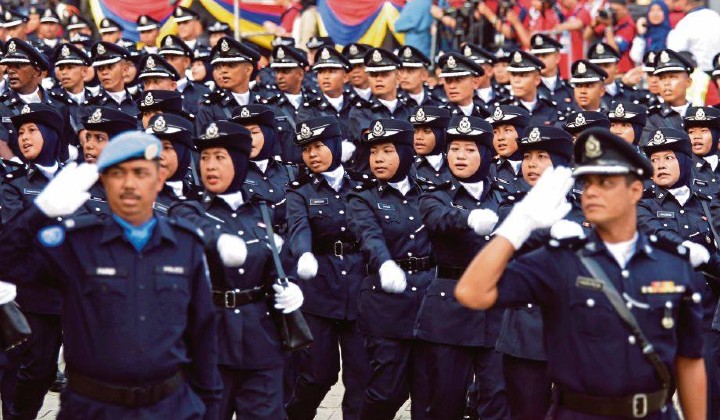 About 70 personnel and officers of the Royal Malaysian Police force (PDRM) in three states nationwide are infected with the human papillomavirus (HPV) which can cause cervical cancer.

According to PDRM’s head of corporate communications Datuk Asmawati Ahmad, this was revealed after as many as 918 female police officers were screened under the Frontliner Uniting Against Cervical Cancer Programme that has been carried out since June.

Many of those (police officers) infected with the HPV virus weren’t aware of the fact and were shocked to find out. This programme helped ensure their prevention and treatment

Asmawati said the programme has so far been held at Police Contingents in Kelantan, Terengganu, and Kuala Lumpur.

She also revealed that the programme was held for the welfare of our police officers after three female officers died due to cervical cancer while another 10 have been diagnosed with it.

HPV is the most common sexually transmitted infection. There are many different types of HPV. In most cases, HPV goes away on its own and doesn’t cause any health problems.

However, some types can cause health problems such as genital warts and cancers.

On top of cervical cancer, HPV can also cause other cancers such as cancer of the vulva, vagina, penis, or anus, as well as cancer in the back of the throat, including the base of the tongue and tonsils.

Thankfully, there are vaccines available for both men and women that can stop these health problems from happening.

Getting vaccinated is the safest and most effective preventative measure against HPV. Routine screenings, such as pap smears for women aged 21 to 65 years and older can also prevent cervical cancer.

Aside from that, the use of latex condoms and monogamous sexual relationships are also encouraged.