Breaking this particular law will cost you a RM2,000 fine and 6 months jail. 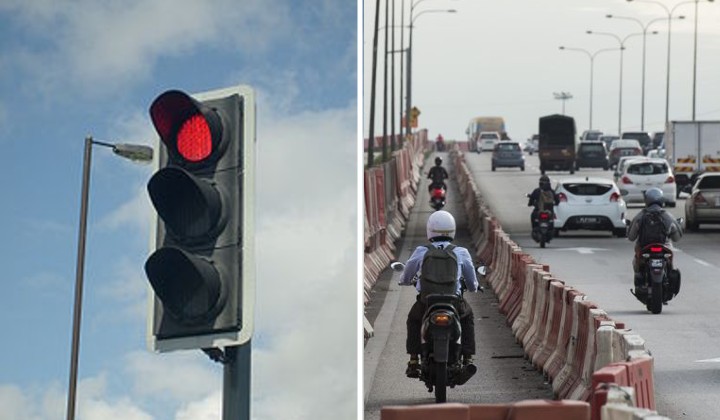 If you have a habit of beating traffic lights, bad news because the police are launching Ops Red Light to deter motorists from breaking the law.

Bukit Aman Traffic Investigation and Enforcement Department (JSPT) director Datuk Azisman Alias said the operation is being carried out to track down those who commit red light traffic violations, especially among motorcyclists, including food / goods delivery (P-hailing) and other drivers as well, Kosmo reported.

The operations will run from now until 31 December.

The police said for last year, a total of 69,267 summonses were issued with 52,170 of them being issued from January to November.

Azisman also said that any individual committing an offense of violating a red traffic light may be prosecuted under rule 17 of the Road Traffic Rules 1959 which carries a fine of not more than RM 2,000 or jail time of six months.