He finally broke his silence on the issue. 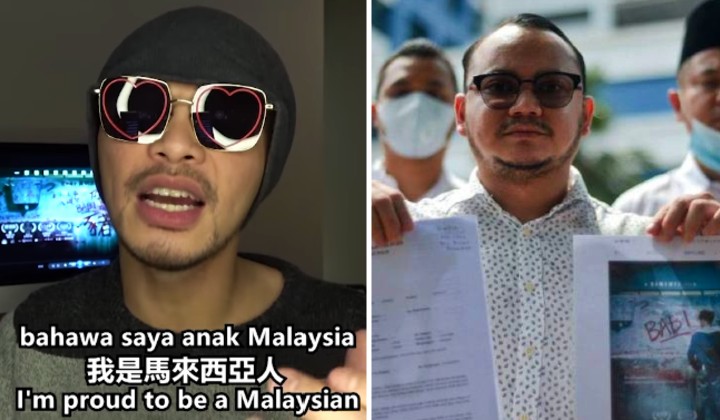 In a long 16-minute response video, director Wee Meng Chee, better known as Namewee, breaks his silence about having a police report lodged against him by PN Youth Wing information unit member Mohammad Azwan Azmi over his controversial film Babi, which recounts a case of race-based violence at a secondary school in the southern part of Malaysian.

Mohammad had lodged a police report over the film’s poster, which has the words “Babi Melayu” on it. He claims that it will cause racial tension in Malaysia.

In the video, Namewee responds by questioning Mohammad’s motives for the police report.

“Why would you only find ‘Babi Melayu’ offensive but not the other derogatory terms towards the other races?”

In it, he questioned why Azwan chose to lodge the police report over the word ‘Melayu Babi’ only and not the words ‘Cina Babi’ and ‘India Keling’, which should have been included in the report as they are all offensive terms.

As such, Namewee is instead claiming that Azwan is the one who is truly introducing racial discrimination as he only cares about the Malay race and not the other races in the country.

Additionally, he questioned the true motives behind why Mohammad specifically called for media to witness his police report and pose for photos with it, implying that Mohammad only did so as a claim to fame.

“If I’m truly racist, why would I spend my money to even hire Malay talent?”

Namee notes that the film would only be screened at the international film festival and a mere handful of cinemas in Taiwan. It is unlikely that they will be able to breakeven the costs that went into production.

“I did not apply for a license for the film in Malaysia because everyone in LFP is old and conservative.”

He proceeds to note that the board which overseas the licensing of films in Malaysia is helmed by old conservatives who find everything sensitive.

Namewee claims that they are unable to accept any kind of creative films, which results in Malaysian films largely consisting of “stupid ghost films, comedies, and romantic movies”.

Additionally, he claims that they do not dare to face the problem which exists between races and any other real-world issues that the country faces.

With a board like that, films in Malaysia will never improve and reach international levels.

He also clarifies that his film Babi was not banned in the country, because he never even tried applying for the license at all. He has no plans to release the film in Malaysia.

He ends by saying that arts are always viewed through a political and racial lens, which greatly affects the quality of art produced in the country.