Uncertainties in the future could also make it difficult to bounce back. 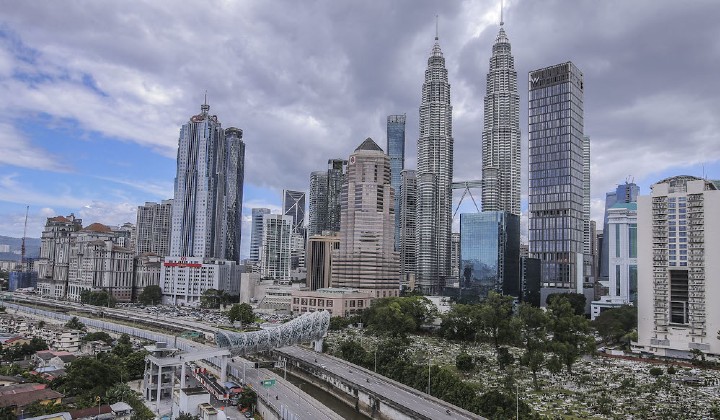 Malaysia’s Long-Term Foreign-Currency Issuer Default Rating (IDR) has been downgraded from ‘A-‘ to ‘BBB+’ by Fitch Ratings.

In a statement released by the rating agency, they’ve noted that the impact of Covid-19 has affected the country’s key credit metrics and added that although authorities have responded swiftly to the crisis, the impact on Malaysia’s economy has been substantial.

It also adds to the country’s fiscal burden, which was already high relative to peers going into the health crisis, Fitch said.

Although the government has secured passage of core legislation to implement relief measures, including the 2021 budget, but, in Fitch’s view, the lingering political uncertainty following the change in government last March as well as prospects for further improvement in governance standards has weighed on the policy outlook.

The agency expects the GDP to shrink by 6.1% in 2020, before going back up by 6.7% next year due to base effects, a revival of infrastructure projects and an ongoing recovery of exports of manufactured goods and commodities.

Although it might sound like the future might be bright, Fitch says that the forecasts remain subject to uncertainty and depend on the near-term evolution of the pandemic.

This can be seen by the increase in daily cases since early-October.

With the possibility of the government to spend more – for support measures and due to political pressure – Fitch expects the fiscal deficit to remain higher than pre-pandemic levels.

The debt figures used by Fitch include officially reported “committed government guarantees” on loans, which are serviced by the government budget, and 1MDB’s net debt, equivalent in September 2020 to 12.6% and 1.3% of GDP, respectively.

Fitch said prospects for a further improvement in Malaysia’s governance are uncertain.

They view that the new government has continued to implement some transparency-enhancing measures launched under the previous coalition and corruption trials of former officials are proceeding.

But due to their thin two-seat parliamentary majority, Fitch sees that this might imply persistent uncertainty about future policies.

What does the downgrade mean?

Former Permodalan Nasional Berhad Chief Executive Officer Jalil Rasheed said the if there’s a downgrade, this will affect the Ringgit.

What does downgrade do? Typically there will be a sell off in capital markets in both bonds and equities (fund managers here may see this as sign that country’s risk profile has increased). Unlikely to affect FDI, but will affect value of Ringgit.

(4) What does downgrade do? Typically there will be sell off in capital markets in both bonds & equities (fund managers here may see this as sign that country’s risk profile has increased). Unlikely to affect FDI, but will affect value of Ringgit.

He also touched on Fitch’s statement regarding governance, as Jalil said that when a government is not stable, it could bring down standards.

Jalil also suggested some of the ways that the governance can be improved in his thread on Twitter:

(10) In simple terms, improve governance. That’s the concern of the rating agencies. With good governance, it should be accompanied with better policies & execution. People come and go, institutionalised policies always stays