The Speaker said he had an eye problem. 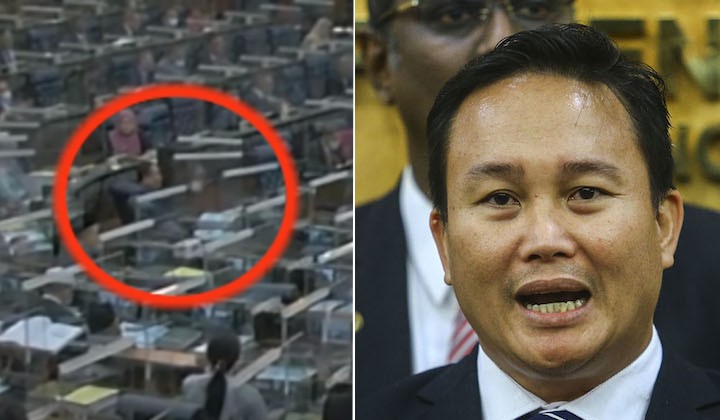 After a tense exchange in the Parliament yesterday, Deputy Plantation Industry & Commodities Minister Willie Mongin allegedly flashed his middle finger to the opposition bench, causing an uproar amongst the Members of Parliament (MPs).

This was after he had finished his winding up speech after which the opposition MPs responded with the word “pengkhianat” or traitor.

Based on reports by The Sun, Willie denied that he did such a thing when queried by the Dewan Speaker, Datuk Azhar Azizan Harun.

Meanwhile, Malay Mail reported that Azhar has said to the MPs today to file a motion with the Parliament committee if the incident is true.

He said that he didn’t make a ruling on Willie because he had sight problems.

Based on the reports, the opposition were unsatisfied with Willie after he did not answer Muar MP Syed Saddiq Abdul Rahmad’s question on imposing a windfall tax for the palm oil industry.