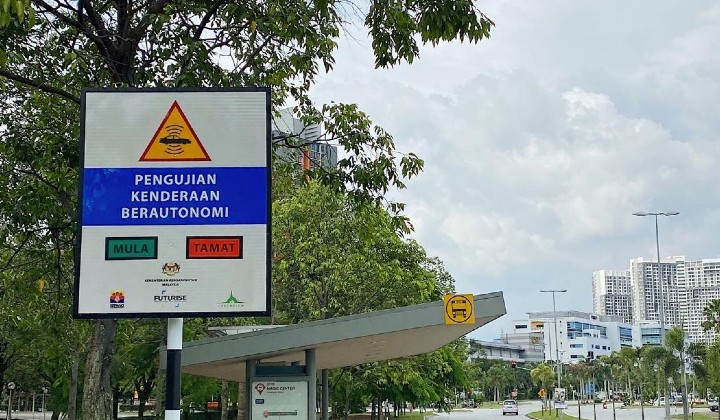 Cyberjaya will be a test bed for autonomous vehicles in the country as the first pathway, the Cyberjaya MyAV Testing Route has been approved by authorities.

Developed by Futurise, the Ministry of Transport (MOT) and the Sepang Municipal Council under the National Regulatory Sandbox initiative.

Autonomous cars aren’t the only vehicles that will be on the road, as there’s also the possibility of autonomous buses as well, based on an interview by The Malaysian Reserve with Roni Shah Mustapha, Cyberview’s Head of Business, City and Communication.

We are also talking to a few players on the potential of having autonomous buses that can be tested here, as well as the provision of electric buses which can be operated at a cheap rate in this area.

The National Regulatory Sandbox initiative was implemented by the Ministry of Finance in 2018 to allow companies to test out their solutions or products in a conducive environment.

According to reports by The Star, the initiative will focus not only on self-driving cars, but on other industries as well, such as agriculture, biotechnology and healthcare.

The country is also gearing up towards developing Next Generation Vehicles or NxGVs in the future with testing facilities expected to be up and running by 2023.