The Story of Southern Isles is actually a semi-autobiography based on the director’s memory of his father removing a curse. 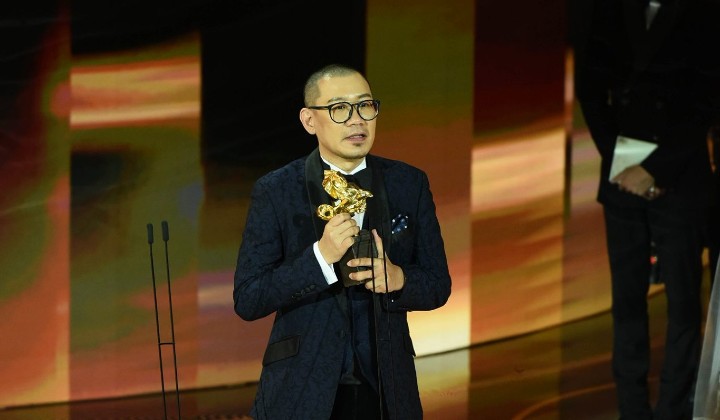 The film was fully helmed by Malaysians, including actors. In his acceptance speech, Chong recounted that many people, including Malaysians, expressed their doubts people would understand the movie.

I insisted that someday, some one will understand eventually. In the end, Golden Horse Awards understood the movie.

He tearfully dedicated the award to the people who made the film possible, including his parents, his mentors, and even renowned director Yasmin Ahmad.

He also notes that the film was about his parents, although they may not have realized it. According to a previous Golden Horse Awards Facebook post, the film is a semi-autobiographical film featuring Chong’s childhood and memories of his father removing a curse.

The Story of Southern Islet revolves around a Chinese-Malaysian couple as they try to fight off a curse. The story begins when the husband faints and spits up blood and a rusty nail after a quarrel with a neighbour. The wife then journeys throughout the land, exploring the spiritual beliefs of various different ethnic groups in an effort to save her husband.

The film has been praised for its unique take on the topic and great storytelling.

However, the film may not be released in Malaysia for public viewing in cinemas, as Chong has noted a lack of interest in the country. Still, The Story of Southern Islet will be taking part in the Malaysian Film Festival in January 2021, which might be the only chance to watch the movie.