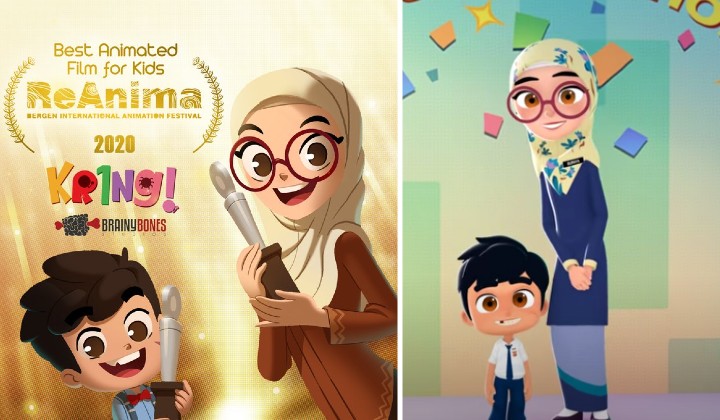 You might have seen this lovely little short film telling the story of how a teacher did her best to teach a student with learning disabilites.

While it already has a couple of neat awards under its belt, Kring! has won yet another international award- the Best Animated Film for Kids in the ReAnima Festival in Norway!

The result is out!

Alhamdulillah KRING! has been awarded for Best Animated Film for Kids in the ReAnima Festivals at Norway.

Another achievement for Brainy Bones and Malaysia. Thank you to guys!

Let's inspire more people with the beauty of animation!#KRING#BrainyBones pic.twitter.com/18jQ8R5mMY

The film was first published on YouTube in July 2019. Yet, one year later, it’s still raking in international awards for its wonderful animation and story.

Earlier this year, the film had also won the Best Short Animation award at the France-based 4th International Film Festival on Disabilities.

The animation certainly is smooth and well-done, a testament to the level of talent in the country, but what really drives the film is the story.

The teacher in the film, Suraya, has a cheerful but restless student Mael who isn’t good at numbers.

After countless attempts to tutor him in math, Suraya comes to realize that Mael has dyscalculia, a specific learning disability that affects a person’s ability to understand numbers! People with this learning disability struggle with mathematics because their brains do not process numbers in a conventional manner.

Once she realizes this, Suraya changes her method of teaching into a way that Mael would understand, to the great delight of both teacher and student.

There’s no shortage of amazing Malaysian talent, but it sure is nice to earn recognition for great work done.

Director Hilmi Ismail noted in his Tweet that this award is yet another achievement for Brainy Bones and Malaysia. Let’s hope that they continue making great animations and wonderful stories!