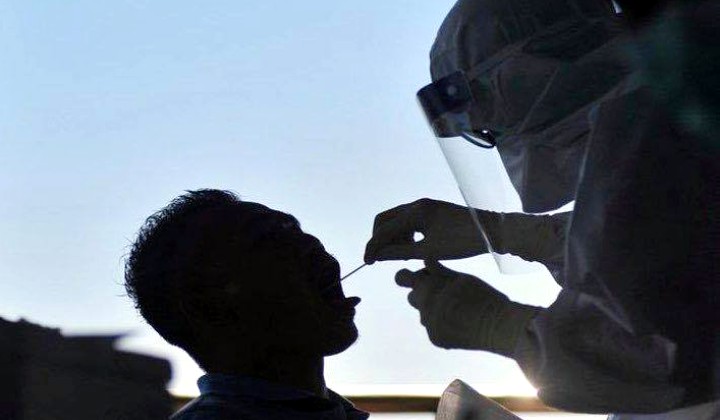 Here we are, folks. It’s been officially one year since the first-ever documented case of Covid-19 was reported on 17 November 2019, and the end is nowhere in sight.

After one year and a day, the virus has caused a global pandemic, cut us off from the rest of the world, paralysed economies across the globe, and ruined everyone’s year.

It has changed the way we do things, essentially creating a new normal where everyone wears facemasks and almost everything takes place online – school, shopping, and work meetings.

While the first case of an unknown pneumonia-like infection was first reported in Wuhan early December 2019, the case was discovered on 17 November 2019, when doctors in China found the virus in a 55-year-old man.

Despite this, there has yet to be a confirmed patient-zero and the question of where it came from is still a mystery. Though, there have been recent reports suggesting the virus had infected people in Italy since September 2019.

In the weeks following the discovery of the first case, Chinese authorities alerted the World Health Organisation (WHO) and those that were infected were isolated and quarantined. Their symptoms included a high fever, cough and respiratory problems.

Videos of the situation in Wuhan were shared on Twitter. At the time, the behaviour of health authorities there felt extreme, today, it’s the new normal.

Before long, health officials in China identified the virus and released the virus’ genome to health authorities across the globe.

In February 2020, news breaks that a Chinese doctor, Dr Li Wenliang, who attempted to sound the alarm on the viral outbreak in December had died from contracting the virus, leaving behind his wife and baby.

Later that week, WHO officially named the virus as Covid-19.

Where we are now

The virus has now infected more than 54 million people across the planet and killed more than 1.3 million.

The borders between countries have long closed, and those visiting, studying, or working overseas have gone back home. Those who couldn’t, haven’t seen their loved ones for months.

In Malaysia, we’re now experiencing the third wave of infections, which have resulted in fresh lockdowns in most states across the country.

As one year of Covid-19 wraps up, there’s some hope as two pharmaceutical companies report that they’re in the final stages of producing successful vaccines.

But until a safe vaccine reaches our shores, we’d like to remind all our readers to continue practising safety precautions. Keep your masks on, keep a bottle of hand sanitiser in your bag, keep your distance from others and stay safe.

We hope to still see you when this is all over.