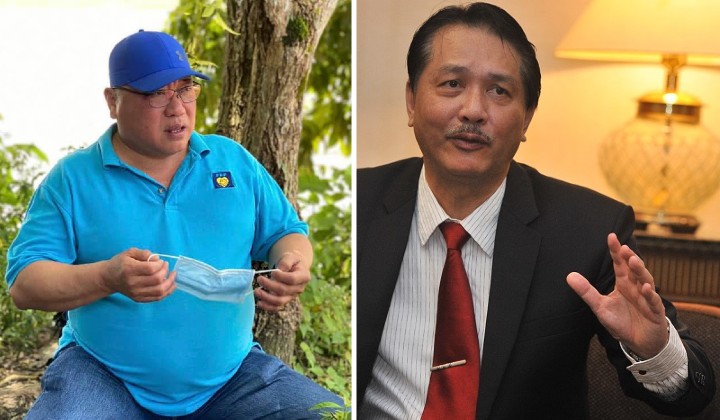 For instance, in Kota Kinabalu now the situation is bad. Why didn’t he visit all the hospitals and the temporary hospitals? Only doctors and nurses were told to go. They are not afraid to die.

Datuk Seri Tiong King Sing according to The Star

Tiong then claimed that Health DG Noor Hisham is afraid to die because he did not come down to Sabah and did not declare a lockdown in prison. Tiong also noted that deputy health director-general also did not visit Sabah, implying that the deputy was also afraid to die.

He accused Dr Noor Hisham of seeking publicity with his daily health briefings.

His daily briefings can also be read by his office boy.

Following his remarks, other Parliamentary members burst into an uproar, among which Oppositions MPs were the most vocal. Pakatan Harapan MP for Jelutong, RSN Rayer, was ejected by the Speaker for shouting in defense of the Health DG even after his mic had been muted.

Later on, Tiong refused to retract the incendiary statement, claiming that he is merely airing the grievances of the frontliners.

Dr Noor Hisham noted that he had gone on-ground at Sabah hospitals back in August to check on the preparedness for facing the Sabah state election at that time.

Additionally, his deputy Health director-general was stationed in Sabah just last week. Not only that, Tan Sri Jemilah binti Mahmood, a physician and special advisor to Prime Minister Muhyiddin Yassin, has also visited Sabah two weeks ago to check on the management of Covid-19 in the state and to address any issues that may have arisen.

Dr Noor Hisham added that the Health Ministry has already formulated a plan for Sabah.

He goes on to explain that there is no such issue of “fearing death”, citing that Muslims have to accept death wherever and whenever it may come.

What is important is that we set our intention to do the duty that was assigned to us, and our current intention is to break the chain of infection in the country.

The Role of Health Director-General

Current Health director-general Datuk Dr Noor Hisham Abdullah is first and foremost a civil servant, meaning that his position is not political in nature.

His main responsibility is the health of the nation, and the non-political nature of his position ensures that he can focus on his job without playing the politikus game and falling victim to changing political landscapes.

In fact, Dr Noor Hisham has been Health director-general for 7 years and served under three different health ministers from different parties.