The boy was supposed to go on holiday with his dad. 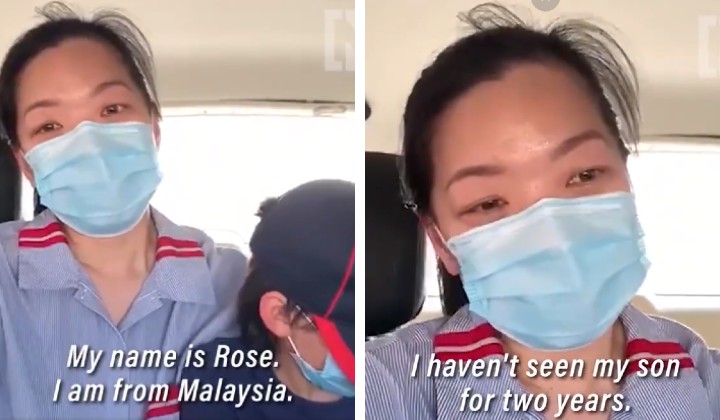 A Malaysian mother was finally able to be reunited with her son, with the help of the Dubai police after the boy was taken by her ex-husband in 2018.

The joy and relief on 38-year-old Rose Hu’s face was eminent in a social media video shared by The National News – an English media outlet in the United Arab Emirates.

According to reports, her son was supposed to go on a holiday with his ex-husband in Dubai in December 2018 but worry started to creep onto Rose as when he stopped responding to her messages once he reached the UAE.

There wasn’t a single night or day that I didn’t miss him or thought about him and cried, but it’s all over now.

Rose Hu via The National News

She won a custody battle earlier this year to get her child back but her ex-husband went missing after the court has reached the verdict.

Rose was supposed to go to the UAE in April but was unable to do so due to the Covid-19 outbreak. It was around this time when her ex-husband tried to disappear with the boy.

She initially filed a custody case in 2019 but was rejected as it was deemed out of jurisdiction but Dubai’s Court of Cassation overturned the ruling and ordered a retrial.

During the hearing, it was then revealed that the father had breached agreement signed in a Malaysian court which stipulates that he has to bring the boy back.

It’s reported that Rose’s ex-husband will appeal against the court’s decision to grant her custody over their son.

Watch Rose share her harrowing experience of being separated from her son below: