Many thought the money should be put to better use. 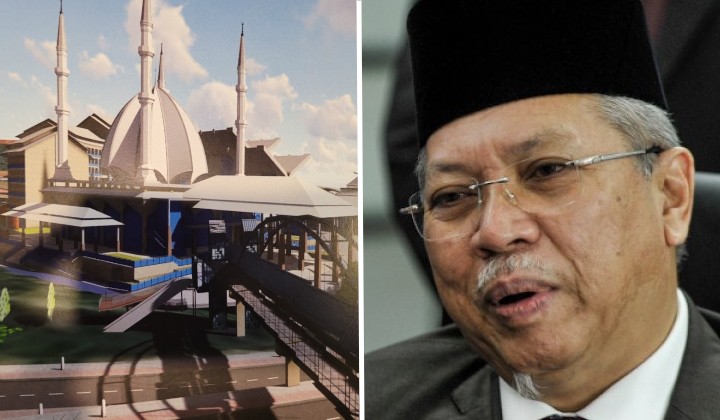 The government has given the green light for the Quranic Village project in Putrajaya to commence, according to Federal Territories Minister Tan Sri Annuar Musa.

In a tweet, Annuar said will start some time next year and it’s reported previously that the project will cost about RM150 million with the aim of making Putrajaya as a centre for learning Quran.

Alhamdulillah, the design of QURANIC VILLAGE is almost complete. Basically, the government has agreed. The initial allocation has been approved and the 20-acre site has also been approved. We will start construction in 2021, God willing. The only project in the Islamic world .. let Malaysia pioneer it.

According to the information in the tweet, the Quranic Village will have a mosque that can fit 5,000, a 23-year Nuzul Al-Quran exhibition dedicated to the Prophet Muhammad and many other buildings.

But Malaysians online were far from impressed

The tweet has received reactions from netizens as at the time of writing, within many criticising the move as netizens think that it would be better if the money were to be reallocated elsewhere.

Even Muar MP, Syed Saddiq gave his two cents on the matter, criticising the Minister by saying that it’s better to increase the allocation of existing hospitals, pay attention to the employment issues of the people and rehabilitate rural schools during the current pandemic.

There are not enough ventilators in Sabah, food supplies are depleting, the unemployment rate is increasing and so is the homelessness rate.

PLEASE UNDERSTAND THE CONCEPT OF PRIORITY. This Quranic Village is not a necessity right now. https://t.co/b4wl6fvvCu

building unnecessary expensive buildings while the poor are starving in the next doorstep thats not very islamic now is it annuar https://t.co/TuDQtGbUB8

News about the Quranic village surfaced in March when the Minister said that the government is looking to add a third mosque and a new tourist attraction in Putrajaya.