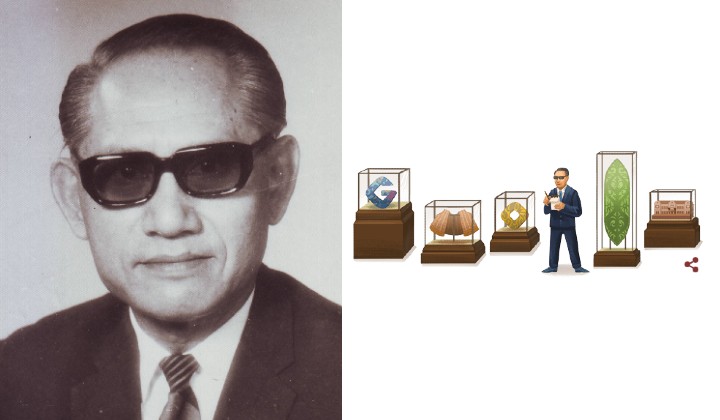 Not only was a historical Malaysian featured on the homepage of Google Search today, but ethnologist Benedict Sandin is also an ethnic Iban Sarawakian!

An ethnologist is a scientist who compares and analyzes the characteristics of groups of peoples. They record and study the cultural, social, and sociocultural relationships within the group and between other groups.

Benedict Sandin, born on this day in 1918, was most well-known for his work in the study and preservation of Ibanese and Sarawakian culture.

He was born in Kerangan Pinggai, a longhouse on the Paku river in the Saratok division of Sarawak, which is still standing today! Later, in 1982, he was buried in an ancient Iban cemetary in Batu Anchau, downstream from the same river, just 2km away from where he was born.

He was the Curator of the Sarawak State Museum (Muzium Negeri Sarawak) in Kuching, the oldest museum in Borneo, from 1966 to 1974.

Almost all records of history and culture that we have now is thanks to the hard work and dedication from those before us who took the effort to preserve it.

While Benedict Sandin is no longer with us his legacy and hard work lives on to be recognized, just like the history he recorded.