Food Not Bombs is a volunteer movement that feeds the destitute in protest against war and poverty. 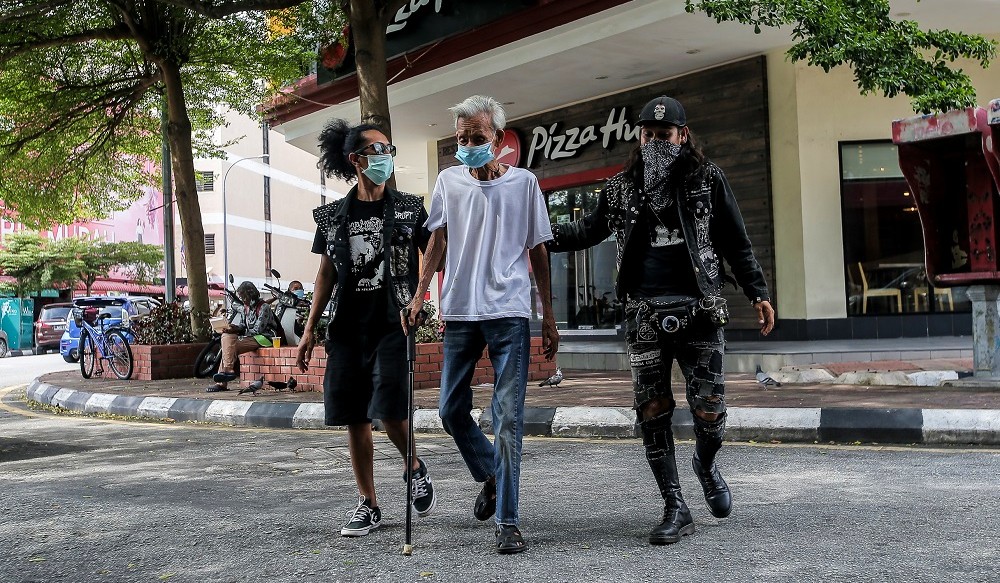 A group of young Malaysians who are followers of the punk subculture have been getting negative attention for helping the homeless.

Part of the Food Not Bombs initiative, they have been giving food to the homeless community in Ipoh, Perak.

In an interview with Malay Mail, the group’s spokesperson, Rozaiman Salahuddin, shared that despite their willingness to do good, they still get frowned upon by the general public just because of how they dress.

Most of the negative comments came from social media.

Rozaiman told of a comment the group got from a woman who urged them to discard their full black attire for “proper clothes” if they wanted to do good.

Food Not Bombs is an international, independent, all-volunteer movement that shares vegan and vegetarian food with the hungry in 65 countries across the globe in protest to war, poverty, and the destruction of the environment.

The punk group make up the Ipoh division of Food Not Bombs Malaysia.

According to Rozaiman, the group volunteered to participate in the movement to show people that followers of the punk subculture are also sensitive to the current problems faced by their community.

We are not mere rebels.

The group started their volunteer work on 2 June this year by preparing 20 packets of bee hoon to be distributed to the homeless and hungry in Ipoh.

While they didn’t have a permanent distribution spot at the beginning, they have since settled with Jalan Datuk Onn Jaafar as the perfect spot to hand out food.

The first two feedings were held at Medan Selera Dato Tahwil Azar area while for the third feeding, we moved to the central market area. But towards the end of the feeding at the central market, we moved to Jalan Datuk Onn Jaafar in front of a fast-food outlet as there were not many homeless people coming to pick up our food at the market.

Now, they just need to come up with a fixed time table to distribute food.

As volunteers of their group are also wage earners with busy day jobs, they are only able to carry-out the feeding programme once they complete their daily tasks.

However, Rozaiman is certain they will have a fixed timetable soon as there had been a recent spike in new volunteers wanting to take part in their programme.

For those who are interested in donating cash and kind to the group to help them continue their charitable endeavour, you can contact Rozaiman via his Facebook.

In an effort to raise funds for their movement, the group is also selling t-shirts.

Each t-shirt is sold RM23 per piece where RM3 goes to the programme.