It’ll be postponed until the end of the CMCO. 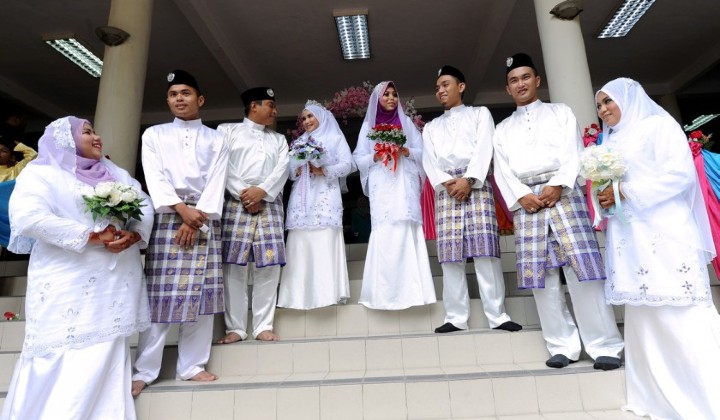 The Selangor Islamic Religious Department (JAIS) has decided that all marriage ceremonies scheduled to be held at state mosques and suraus will be postponed effective tomorrow.

Its director, Mohd Shahzihan Ahmad, said that JAIS instead allows for marriages to take place at the District Islamic Religious Office (PAID).

The implementation of the marriage ceremony with a physical presence of not more than three people is allowed at PAID but needs special approval from the Director of JAIS.

He said the decision was made after the implementation of the Conditional Movement Control Order (CMCO) in Selangor from tomorrow until October 27 issued by the National Security Council (MKN).

The CMCO will be implemented in Selangor, Kuala Lumpur and Putrajaya, starting at midnight until October 27 following the increase in Covid-19 cases.