So far, the company has helped Malaysians manage more than RM62m worth of assets. 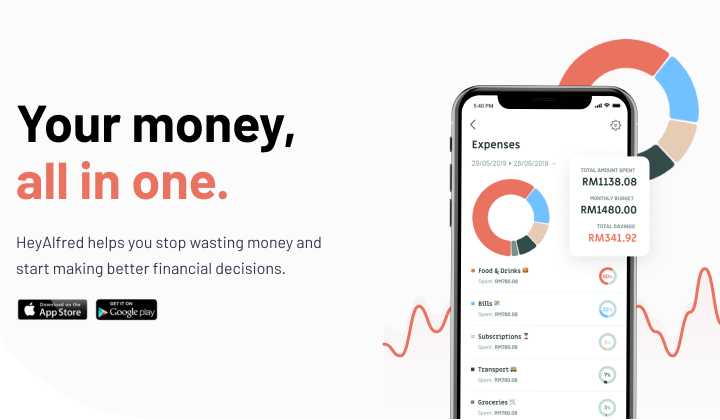 HeyAlfred has launched a new social media campaign #DearAlfie, encouraging Malaysians to send in their money ‘confessions’ consisting of the worst, best or most memorable money stories.

Chief Executive Officer & co-founder of HeyAlfred, Tengku Muhammad Shah said that they’ve received a wide variety of confessions on how people are mismanaging their finances.

The purpose of the campaign, he said, is to provide a platform for people to share their financial misadventures with others.

We’ve had confessions about people pawning off their engagement rings, and even from someone who spent his youth splurging on tables at Zouk to impress women only to realise later that he’s gay.

Here’s one of the confessions made by one user.

Confession #4 “I’m very unlucky these couple of days…” 🍀🌝 Anyone else been in this situation? (…minus God’s wrath) 🙋🏻‍♀️ Share your confession! Link in bio. #dearalfie #moneyconfession #personalfinance #personalfinancemalaysia #moneymoves

HeyAlfred is a chat-based financial management app that helps users to monitor their finances such as expenses and budgeting.

So far, the company has helped Malaysians manage more than RM62m worth of assets.