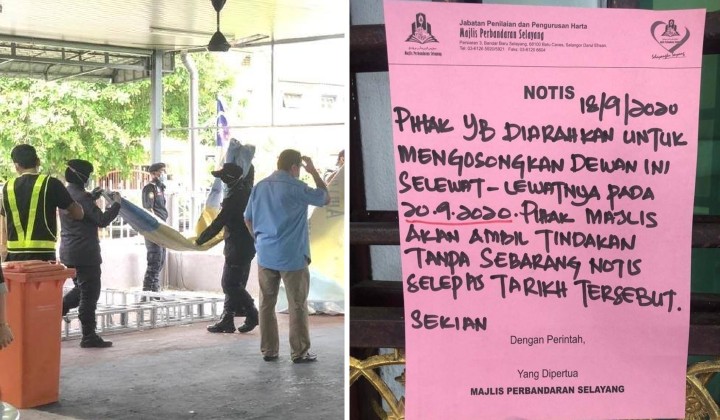 It’s reported that a vacancy notice was issued on the building which was formerly a public hall before being used as a service centre.

Hilman confirmed the matter when contacted by Sinar Harian, but he was not in his office when the action was taken as he was in Sabah.

He saw the action by the state government by seizing back the service center as an action that was detrimental to the people.

The action of the Selangor Menteri Besar (Datuk Seri Amirudin Shari) and the state government to seize the service center and drive me out will only be to the detriment of the people of Gombak Setia DUN. The Service Center is an office for me to meet the people, local leaders and people in need.

The move is also like revenge, he said following their departure from Pakatan Harapan (PH) and added that although they are no longer part of PH, him and Azmin want to perform services and channel assistance to Gombak residents.