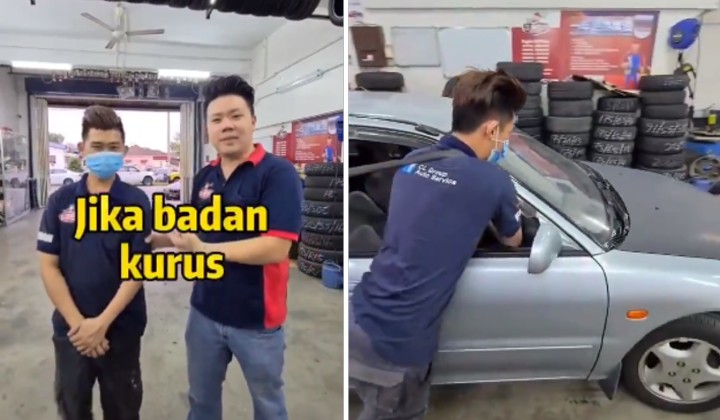 Sometimes in life, we can run into some unfavourable circumstances such as having to push your stalled car that weighs more than a tonne alone.

Luckily, there’s this video that surfaced on social media which teaches you how to push your car by yourself if you ever have to.

Uploaded by TikTok user @carlsonchia_oe, the entertaining video shows the step-by-step process starting with turning on the hazard lights and putting your gear at neutral.

It seems ordinary enough, until the next step where you have to open the car window, pull out the driver’s seat belt out of the car before closing the door.

What happens is that the seat belt will act as a sort of lever that makes it possible for you to push your car.