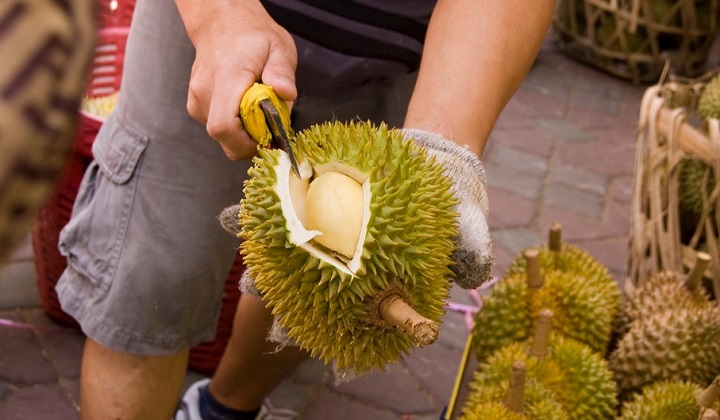 The Ministry of Agriculture and Food Industries (Mafi) expects the national durian production to increase up to 443,000 metric tonnes by 2030.

During the Durio Tour @ Raub 2020 event in Pahang, the ministry’s marketing and export division secretary Khalid Ibrahim said the projection was based on the crop statistics from 2019.

Raub in Pahang is the main producer of Musang King durian. This district had 11,201.2ha of land cultivated with durian and a production capacity of 70,650 metric tonnes worth RM1.3 billion. Musang King (D197), D24, Durian IOI (D168) and Durian Kampung are the popular varieties grown here.

Khalid Ibrahim via The Sun Daily

Back in October 2019, Mafi told farmers and tourism industry players that it planned to improve durio-tourism in a bit to attract more tourists. Unfortunately, the Covid-19 pandemic made those plans impossible.

Be that as it may, Khalid believes that the country can still achieve it’s durian dreams now that a new method of promotion has been implemented.

According to Khalid, Mafi has recently turned to social media and involved several local university students from China in its durian promotion campaigns.

Khalid Ibrahim via The Sun Daily

He said the social media influencers have hundreds of thousands of followers, adding that he believes their videos will go viral here and in China.

He also shared that he hopes the campaign will help show international durian lovers how to tell the Musang King durian and other varieties apart, as well as be continued to help increase the demand and export value of durian to China.

The programme is also meant to strengthen ties between industry players and Mafi, and promote Malaysia as the world’s top producer of premium durian.

According to the Federal Agriculture Marketing Authority (Fama) market promotion senior director Rosilawati Abu Hassan, she believes the programme will have a positive impact on frozen durian demand from China and increase its export value.

The Musang King durian exported to China is of premium quality. It is brought directly from the orchard to the factory for the freezing process to maintain its quality.

She explained how the durians are cleaned and then put into a blast freezer on the same day to be frozen for an hour at -80˚C to -110˚C. Then, the durians are vacuum packed and kept chilled at -18˚C in storage and during its journey to China.

She also explained that as of 25 February 2020, there were 14 whole fruit durian freezing facilities in Malaysia with approval from the General Administration of Customs China (GACC).