More than a lot of talking about Selangor’s recurring water crisis. 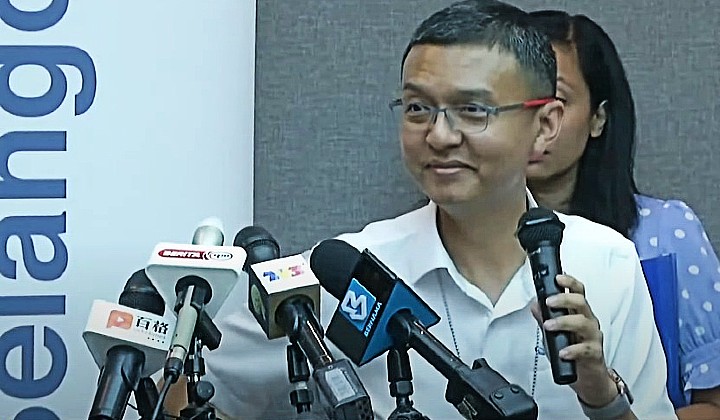 Tempers are flaring as millions of Selangor residents face the drought from the unscheduled water cuts due to pollution at Sungai Selangor, one of the state’s main water sources.

From the looks of it, Malaysians seem to be channeling some of their frustrations to the state’s water company, Air Selangor, particularly towards its CEO Suhaimi Kamaralzaman.

Comments online reveal that some of the rakyat were irritated and disappointed by the manner that the CEO had behaved during a live press conference addressing Selangor’s water situation on September 4, 2020.

Netizens had accused the CEO of being unprofessional and insensitive towards people’s struggles.

Some were even bothered by the apparent humor and his supposed simper attitude while addressing the public.

How can the CEO smile like that when giving PC? Does he think this is funny problem?

Ironically, during the press conference, it was Suhaimi who expressed concerns that the public does not understand the full gravity of the situation.

This is a big problem, it is not a small-fry problem. I think we are taking this very seriously and we are continuously monitoring the river… It is not fair to the consumers to get smelly water, we want clean water to get to the consumers. The health and safety of the consumers is paramount.

The CEO implores the public to come together and speak up for Selangor’s recurring water troubles and put a stop to pollution.

I do not have an answer… The greatest minds have met many, many times and this happens again… It requires the collective minds of the whole of Kuala Lumpur, Selangor, Putrajaya, the whole 5 million of us must then start talking about this.

You can checkout the entire live press conference, below.

Meanwhile, Air Selangor announced that water would be restored starting noon, September 5, and residents can expect supplies to fully return to all affected areas by September 9.