Malaysia is home to over 100 species of bats. 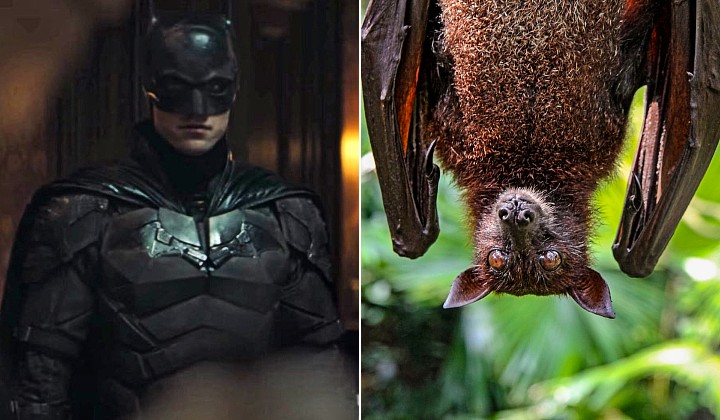 2020 is definitely not shaping up to be a good year for bats.

The entertainment world has been abuzz with news of Hollywood heartthrob, Robert Pattinson, being tested positive for Covid-19.

The English actor is playing the role of Bruce Wayne in the new Batman movie, and it’s been confirmed that the filming of the movie has been put on hold.

Pattinson is famously known for his leading role as the 100-year-old teenage vampire, Edward Cullen, in the popular late 2000s’ Twilight movie saga – a character who ironically was turned into a sparkling creature of the night after he was fatally afflicted with the Spanish Influenza in 1918.

Bats getting a bad rep

With the Covid-19 pandemic taking the world by storm, the lowly bat has been pushed into the spotlight with fears of infection reportedly having people around the world hunting off and killing the flying mammals out of sheer paranoia.

Evidently, research has pointed out that SARS-CoV-2 or the novel coronavirus (COVID-19), has a zoonotic origin – spreading from animals to humans – with bats being one of the suspected carriers of the disease.

And it’s also been pointed out that the wildlife trade of exotic meats was responsible for the viral outbreak of Covid-19.

Bats play an important role in the ecosystem. They act as crucial pollinators for plants of all kinds as well as responsible for spreading plant seeds around with their poop or guano.

Bats are also great pest control, with many species favouring to munch on bugs and insects.

Malaysia is home to more than 100 different species of bats. These creatures are important indicators to the health of our jungles as well as being helpful to fruit farmers by helping pollinate their orchards, besides their guano being used as nutrient-rich fertilizers.

Among the most notable species of bats indegenous to our lands is the magnificent flying foxes or the giant fruit bats, found in parts of Asia and Africa.

According to local conservation NGO, Rimba, there is absolutely nothing to fear from our very own Malaysian bats as there is no evidence showing that they transmit Covid-19 or any other SARS-like viruses.

However, experts still maintain for everyone to take great care with these animals as they are still known to be carriers of disease.

Rimba advises the public to keep away from any bats that they might encounter and to not disturb or touch the animals or fruits bats have set their teeth in.

As a precaution, Rimba also tells everyone to wash up thoroughly with soap and water if they come in physical contact with bats.

It’s estimated that around 200 bat species from across the planet are currently threatened or in danger of extinction.