Damaged ringgits can be exchanged at commercial banks or Bank Negara. 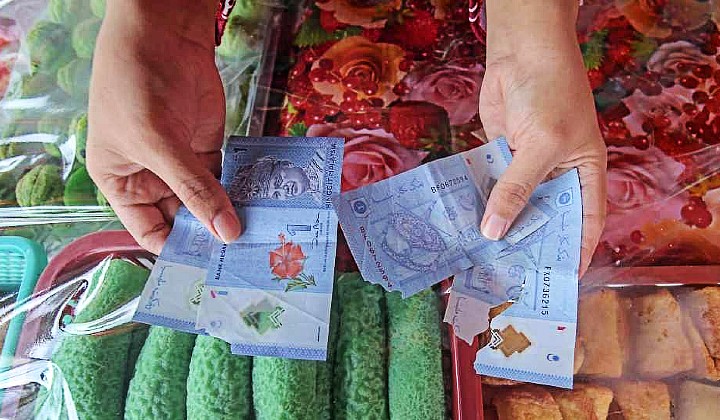 They say that money makes the world go round, but what happens if the cash you have in hand was a bit worse for wear?

An insightful tweet provides tips to Malaysians on how to recover their damaged or ruined ringgits.

Twitter user RahmanIsmail_ jokingly points out that if any of us happen to have banknotes that are ripped, torn or as he puts it, “chewed up by termites”, those notes can be exchanged with Bank Negara Malaysia (BNM) at either half or its full value.

The tweet got a lot of Malaysians, including us here at TRP, curious about how badly damaged can a ringgit be before it’s considered worthless?

Well as it turns out, BNM has quality standards and guidelines to determine if a banknote or a coin is considered “fit” or “unfit” for circulation.

BNM is responsible for maintaining the quality and integrity of the Malaysian currency in public circulation.

This is important because it’s easier to check whether the currency is fake or genuine if it is in good condition, besides the fact that people, more specifically businesses, usually avoid accepting damage money as payment.

The Malaysian currency, which is now in its 3rd series, is only kept in circulation if it clears visual inspection and has not been too damaged, soiled, crumpled, or scribbled on.

And as mentioned by RahmanIsmail_, any unfit ringgits can be exchanged at either any commercial bank or at BNM’s head and branch offices nationwide.

The unfit currency will be assessed for its damage determining if the owner should be compensated for the ringgit’s full face value or nothing at all.

Interestingly, BNM also instructs the public on the proper ways of handling our banknotes which include tips like;

If you’d like to know if your cash has any worth, do check out BNM’s guidelines on the standards of quality of our currency, HERE.