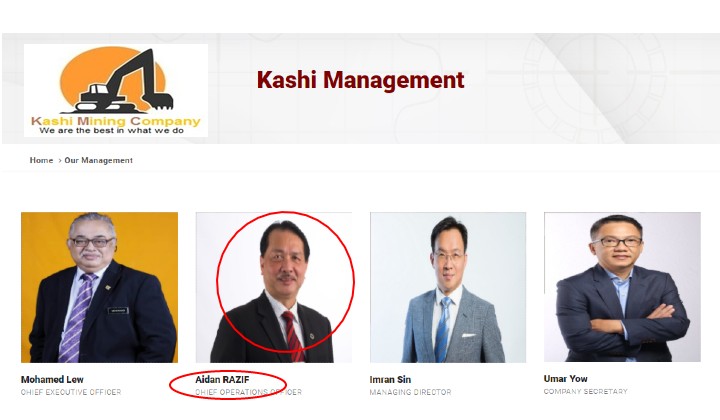 Being a doctor, surgeon, and the country’s face in the fight against the Covid-19 pandemic, our Health Director General (DG) Tan Sri Dr. Noor Hisham Abdullah is arguably a man of many trades and talents.

But it appears that the doctor’s factotum nature had gotten him more attention than he may have wanted.

Read more: Who Is The Health Director-General And Why Does He Seem So Competent?

Recently it was discovered that a website supposedly owned by an international mining company had listed the DG as an executive member of its management board.

The Kashi Mining Company says that they’re in the business of mining and marketing gemstones in over 56 countries around the world.

Reportedly, the company, which claims to be an award-winning establishment based in Sabah, had misleadingly used a portrait of the DG as the organization’s Chief Operating Officer (COO), under the name “Aidan RAZIF”.

Dr. Noor Hisham was seen among 4 other people said to be the company’s upper management on the suspiciously sketch looking website.

The web page also fails to provide any official information like; a company registration number or any other formal certifications.

A quick Google search would also reveal that none of the supposed managers listed on the website even exists, as the names and images used couldn’t turn up any relevant matches.

In a statement posted on social media, Dr. Noor Hisham denies having any involvement with the company, saying that the information on the website was clearly fake.

As of writing, the company website appears to still be up and running.