Constant vigilance! Even around mundane things like vacuum flasks. 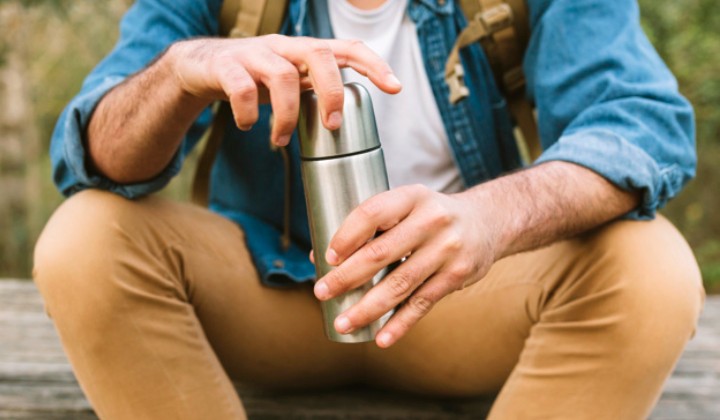 Vacuum flasks are a miracle of consumer engineering that we take for granted. Keeping hot things hot and cold things cold with a mere layer of air? Genius.

However, because of that, we tend to forget that vacuum flasks can also be extremely dangerous when used improperly.

Vacuum flasks exploding is not all that uncommon, but it always comes as a surprise when it happens.

Just recently, a girl in China was badly injured when her vacuum flask exploded. She had put red date tea into the vacuum flask but forgotten about it. Ten days later, she tried opening the flask. It was extremely tight, but she forced the lid open. Due to the change in pressure, the lid hit her in the eye, causing her to require surgery. Her eyesight might never return to normal.

There are two ways vacuum flasks can explode or implode. One is when there is a build-up of pressure within the flask itself. One is when the internal layer is compromised. Both can cause injuries!

The most common reason for this is when food or drink is left in the vacuum flask. After some time, bacteria will start to grow. Bacteria also produces gas during this time.

However, the production of gas in a sealed container will cause the pressure to build up. The higher the pressure, the likelier the lid and its contents will “explode” when you open it.

Vacuum flasks are good insulators because they are often made with double walls of glass, creating a barrier of vacuum so that your drinks keep its temperature because there’s no air to conduct heat transfer.

However, this also means that vacuum flasks are pretty fragile and can break. Any kind of impact (dropping it, hitting it, or even stirring with a spoon) can cause cracks in the glass, which will quickly break under the pressure of vacuum and air. Hence, flasks can ‘implode’ as the liquid in the flask rushes to fill the vacuum when the glass barrier is broken.

If your vacuum flask lid feels uncommonly tight, don’t point it at your face

The general rule of thumb with using vacuum flasks is to never point it at your face when you are opening it, but also to take additional precautions if the lid is uncommonly tight because it usually means a change in pressure, internally or externally.

Open the flask facing outwards (also avoid pointing it at other people) preferably near a water source so you can clean up in case of spills.

Other than that, enjoy using your vacuum flask the way it is meant to: with keeping your hot drinks hot and cold drinks cold!