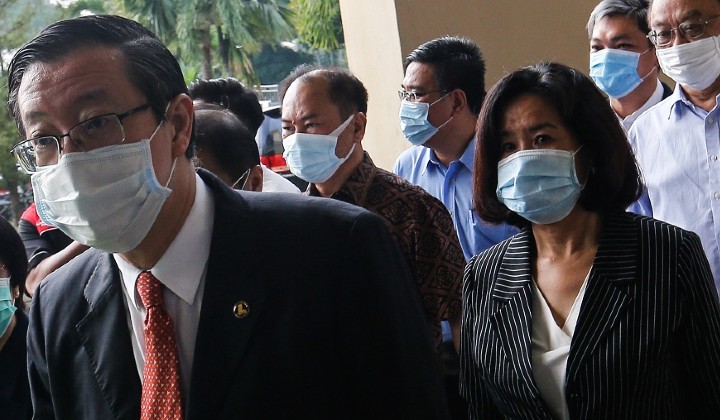 Betty Chew Gek Cheng has claimed trial to 3 separate charges of money laundering as the Former Finance Minister’s wife was charged at the Butterworth Sessions Court.

For receiving RM87,009 as proceeds from Excel Property Management and Consultancy Sdn Bhd which was allegedly banked into her Public Bank account in Melaka between 7 October 2013 and 4 August 2014.

Betty allegedly received a further RM180,000 from the same company, which was banked into the same account between 3 September 2014 and 11 August 2015.

For receiving another RM105,000 from the same company allegedly banked into the same account.

These three charges are under Section 4(1) of the Anti-Money Laundering, Anti Terrorism Financing and Proceeds of Unlawful Activities Act 2001 (AMLA).

It carries a 15-year imprisonment term and a fine of not less than five times the sum or or RM5 million, whichever is higher.