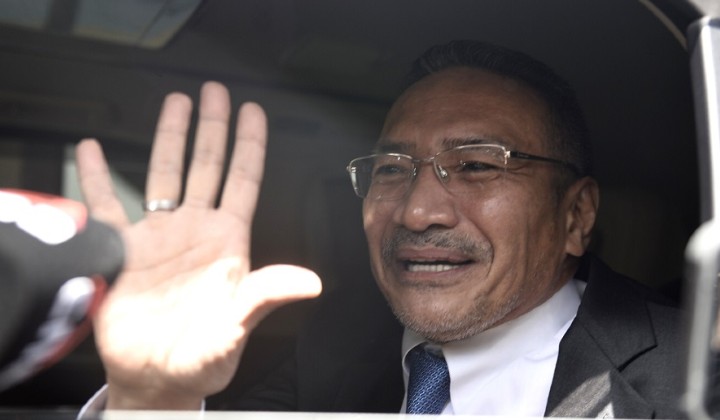 It seems that our Foreign Affairs Minister Datuk Seri Hishammuddin Hussein has been caught vaping in Parliament.

During the Parliament debate, the Minister was seen reaching for his mod and slyly removed his mask to take a quick puff.

But it didn’t go unnoticed as netizens quickly pointed it out on Twitter.

His response? Hishammuddin immediately went online and apologised for his behaviour, saying that it was a new habit.

Sorry, I didn't realise – it's a new habit. I apologise to the Dewan and promise to not do it again 😔 https://t.co/2BdUl6D9K2

Datuk Seri used to be a heavy smoker. As you know he switched to cigars, but he’s still on the path to kicking such habits. Today he had a human moment and he has apologised for it. Many people also seem to find his immediate reaction right after to be quite funny. We’re glad it brightened your day, but that was the first and last time.

According to the source, currently, Hishammuddin’s favorite flavor at this time is most probably coffee.

This wasn’t his first time going viral as he was once “caught” owning a Playboy book snuggled in between his reading material after he posted a photo of himself online.