Yes, now is indeed the “perfect” time to buy a boat. 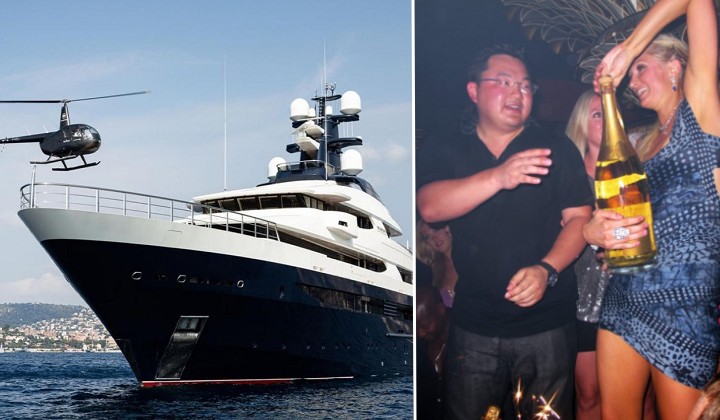 The infamous superyacht linked to the 1 Malaysia Development Berhad (1MDB) scandal, formerly known as Equanimity, appears to be listed for sale on the British publication Boat International website.

Now known as Tranquility, the sale price of the superyacht appears unlisted though it was sold to casino operator Genting Malaysia Bhd for RM520.8 million in April 2019 – half its original purchase price.

The 91.5-metre yacht had been in the centre of the 1MDB scandal, allegedly bought using stolen funds by fugitive businessman Low Taek Jho (aka Jho Low) who was known for his lavish lifestyle and partying with Hollywood stars.

According to US court documents, 1MDB officials allegedly diverted more than US$850 million (RM 3.6 billion) to private entities incorporated in the Seychelles and British Virgin Islands. The funds were used to purchase Tranquility (then known as Equanimity) at RM1.03 billion for “Low’s personal benefit”, as well as a private jet, Picasso paintings, jewellery and real estate.

The luxury yacht built in 2014 was a mirror of Jho Low’s indulgent lifestyle as it comes equipped with dazzling amenities such as a helipad, Turkish Bath, on deck jacuzzi, sauna, swimming pool, cinema, beauty salon, and 22 luxurious rooms.

Following the request of the US Department of Justice which was investigating money laundering involving 1MDB, Indonesian authorities seized the yacht in Bali in February 2018. It was later returned to Malaysia which put the yacht up for auction.

Following its sale to Genting via a private deal, an incensed Jho Low released a statement via his publicist criticizing the government for accepting the “bargain-basement sale price”.

Genting then put the yacht up for charter and it was even rented by Kylie Jenner for her 22nd birthday bash in August 2019.

However, it seems that the yacht didn’t attract that much star power as it was put back up on sale in October 2019 with a price tag of US$ 200 million (RM840 million).

Tranquility sails under the flag of the Cayman Islands and is currently docked at Singapore.