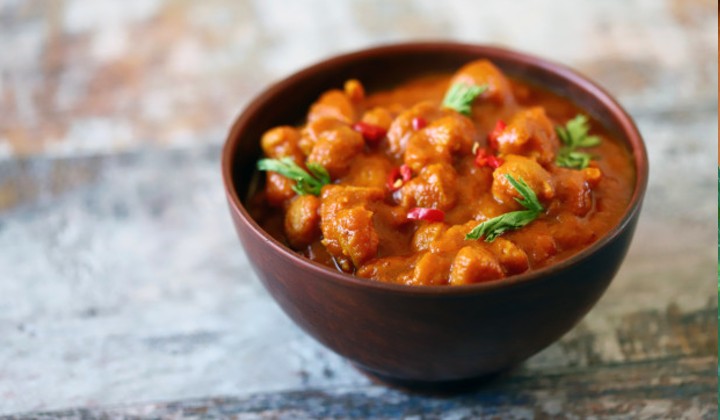 The vegetarian diet has been part of Asian cuisine for thousands of years. In fact, a third (31%) of India is fully vegetarian. That’s 375 million people! The main reason for this is because a majority of Indians practice Hinduism, which promotes vegetarianism as a way to minimize harm to other life. This practice started as early as the 4th century.

In China, the case is pretty similar for Buddhists, as they are also encouraged to practice vegetarianism to minimize negative karma. While many are not full-time vegetarians, they adopt a semi-vegetarian diet or eat vegetarian foods on certain days (often the first and 15th day of the lunar month).

However, the way Indians and Chinese treat their vegetarian cuisines are extremely different, even here in Malaysia.

Indian vegetarian food never relied on meat to begin with. Aloo gobi isn’t a potato-and-cauliflower curry pretending to be a meat-and-potatoes curry. It simply is a spiced curry dish made with potato and cauliflower. Many Indian vegetarian dishes use vegetables as the star of the show on its own, not a substitute for meat.

Chinese vegetarian food, on the other hand, often use mock meats in place of meat to make common dishes vegetarian. These mock meats can be made with soy protein, wheat, or even other kinds of vegetables such as the woody stem of shiitake mushrooms. In this case, Chinese vegetarian cuisine incorporates the mock “meatiness” into their dishes.

Buddhist monks first invented mock meat as an act of hospitality to cater to the needs of the Buddhist monks’ strict dietary restrictions and also for meat-eating visitors to feel welcome. They began this practice as early as the 10th century, far earlier than any kind of vegetarian meat product in the West.

Thus why there’s such a wide variety of mock meat products, from duck to mutton to cuttlefish to even chicken drumsticks, all of which imitates the texture of meat very well. The idea is to simply substitute actual meat with mock meat to practice vegetarianism without too much of a dietary change.

In recent years, America has seen a rise of “revolutionary” plant-based meat products, claiming that it’s a perfect meat substitute. Now, they want to bring their bleeding non-meat products into Asia, perhaps as a novelty, or perhaps because they truly think Asians eat too much meat.

America’s plant-based meat products are mainly aimed at meat lovers, which is why it replicates real meat as closely as possible. The mock meat looks, smells, and even bleeds like real meat.

With Asia’s long history of mock meat, it will be curious to see how well Asians take to this kind of “realistic” mock meat. Unlike America’s burgers and steaks, in Malaysia, there aren’t many dishes where meat isn’t fully cooked. Typical Malaysian meat dishes like rendang and curry are often cooked over long hours, ensuring that the meat is thoroughly cooked through.

Vegetarianism means different things to different people, and each culture has their own way of treating their food. Do people refrain from eating meat due to religion? Do they do it for their health, or to make a statement about animals? Does the concept of vegetarianism still hold if you’re eating a giant bleeding steak that smells, tastes, and looks exactly like real meat, even if it was grown in a lab?