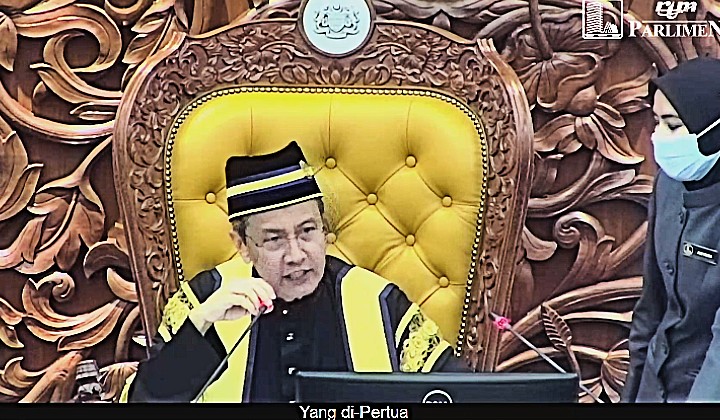 Newly-minted Dewan Rakyat Speaker Datuk Azhar Azizan @ Harun said that his appointment along with the appointment of Deputy Speaker Datuk Seri Azalina Othman, was valid according to Parliament Standing Orders, even though it was passed without a vote.

During a press conference after the conclusion of day-one of the Second Meeting of the Third Session of the 14th Parliament on Monday (July 13), Azhar or more commonly known as Art Harun, explained that a voting process was not necessary if only a single candidate was presented during the parliamentary proceeding.

Commenting on claims that the Opposition was not provided with the opportunity to name their own candidate for the Speaker and Deputy Speakers post, Art Harun said that the decision to call for the removal and replacement of the Dewan Rakyat Speaker has previously been announced and made public.

I don’t want to delve deeply into that, because it is a parliamentary proceeding… the (former) Speaker, made the ruling. But as a lawyer that knows a bit about the law, if there’s only one candidate there is no need for evidence, according to the Standing Orders.

Additionally, Azalina is the first woman ever to be made a Deputy Speaker in Malaysia’s Lower House.

Previously we do have woman Deputy Speaker for the Upper House, today it’s for the Lower House… I hope that this would be the beginning for women to take on the Speaker’s post in both Houses and that the government unwittingly proves that there is no issues relating to gender (in the selection of a Speaker).