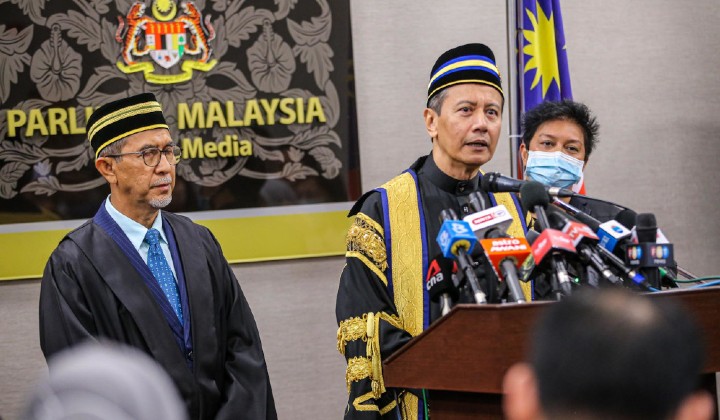 The Second Meeting of the Third Term for Parliament on Monday, July 13, 2020 concluded with the appointment of Datuk Azhar Azizan @ Harun as the new Dewan Rakyat Speaker.

TRP take a quick look at the history of Malaysia’s incumbent Speaker of The House of Representatives;

Born a Kedahan in October 1962, Art Harun graduated with a Bachelor’s in Law (L.L.B.) from University Malaya (UM) as well as a Master of Laws (LL.M.) from the King’s College London law school in the United Kingdom (UK).

In 1987, Art Harun began practicing law for the Singapore based law firm, Allen & Gledhil, before later moving to practice under several other prominent law firms in Malaysia beginning in 1992 till 2018, besides taking on a specialization in election laws.

In September 2018, Art Harun was officially appointed as the Chairman of the Malaysian Election Commission (EC) as his predecessor, Tan Sri Mohd Hashim Abdullah, ended his term in service earlier in July.

During which his stint as chairman, Art Harun oversaw several of the country’s State Legislative Assembly (ADUN) and House of Representative by-elections, including the recent Chini state by-election in Pahang.

Art Harun reportedly served his resignation as the EC Chairman effective on June 29 amidst rumours of his nomination for the Dewan Rakyat Speaker position.

He was officially sworn in as the Dewan’s new Speaker following an unopposed nomination made by Prime Minister Tan Sri Muhyiddin Yassin as well as for the appointment of Datuk Seri Azalina Othman Said to replace Nga Kor Ming as the Deputy Speaker.

Next Year, Malaysian Schools Nationwide To Get High-Speed Internet Up To 800Mbps