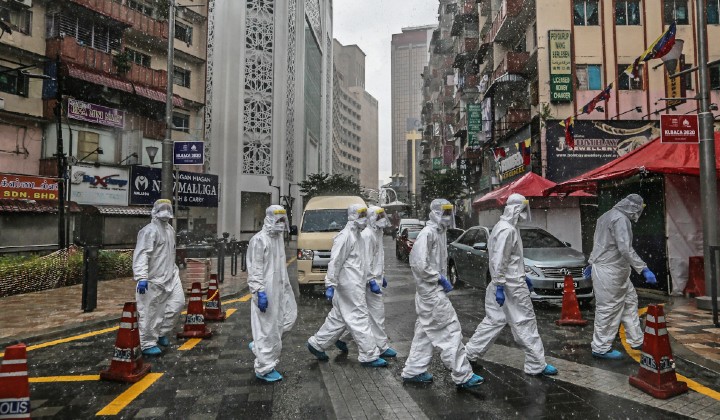 There appears to be a bit of confusion surrounding the death of Malaysia’s 121st Covid-19 fatality. The deceased, a 67-year-old Indian national, was confirmed to have succumbed to the coronavirus while being detained at an immigration detention camp in Kuala Lumpur.

What you need to know: On June 14, the Health Ministry (MOH) reported the death of a 67-year-old Indian citizen who died of Covid-19 on June 12 after being detained at the Bukit Jalil Immigration Depot. However, according to Malaysiakini the identity of the deceased is being put into question as the Indian High Commission claims that the deceased was 67-year-old Zeeawdeen Kadar Masdar, while the Malaysian Immigration Department insists that it was not.

Who said what: Malaysiakini reports that a family from India is seeking clarification on the identity of the deceased after being told by the Indian High Commission in Kuala Lumpur, on June 15, that Malaysia’s 121st Covid-19 fatality was the family’s head of household, Zeeawdeen. Zeeawdeen’s family told Malaysiakini that he had come to Malaysia as a tourist (with proper travel documentation) in March and was staying at a relatives’ house around Masjid India in KL during the nationwide Movement Control Order (MCO) period. Zeeawdeen was later detained on May 8 during the Immigration Department’s raids on undocumented migrants in the area. According to The Star, MOH had announced the death of an Indian citizen with a history of diabetes, hypertension, heart disease, and kidney problems. The deceased was detained at immigration facilities before being found unconscious in his cell and rushed to the Hospital Canselor Tuanku Muhriz, Universiti Kebangsaan Malaysia (UKM), and passed away on June 12. The deceased was confirmed positive for Covid-19 after his death. Malaysiakini had quoted Immigration Department Director-General Datuk Khairul Dzaimee Daud as saying that the dead detainee was not Zeeawdeen while failing to provide confirmation that the senior citizen was still alive in detention

How it got here: As Malaysia went into MCO in March, the government had announced that no legal action would be taken against foreigners with expired travel documents who are still in the country. The government had also made requests for undocumented migrants to step forward for Covid-19 testing without fear of being detained. Then in May, authorities conducted a series of mass raids headed by the Immigration Department, the Malaysian Armed Forces (MAF) as well as MOH around the Masjid India area in KL which was mostly populated with foreigners and under strict Enhance Movement Control Order (EMCO) lockdown. Malaysiakini reports that dozens of stranded tourists with expired travel documentation are being held at Malaysia’s immigration detention camps. An estimate of 60 Indian tourists are still locked behind bars.