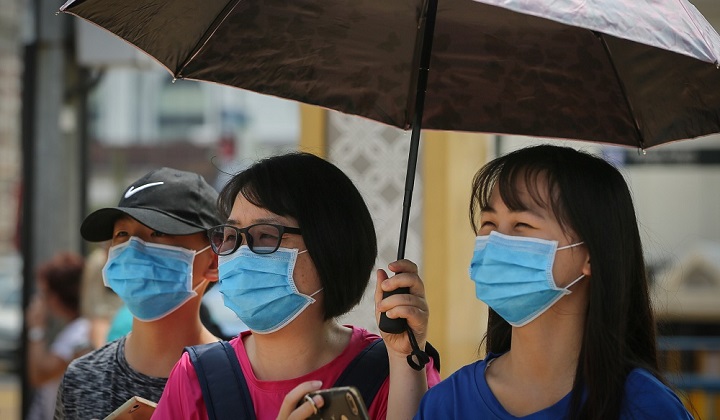 Beijing has cancelled flights and shut down schools again over fears of a second wave of Covid-19 outbreak linked to another wholesale food market.

What you need to know: This new cluster in Beijing involves tens of thousands of people in almost 30 residential compounds, and is believed to have started in the Xinfadi wholesale food market, which supplies over 70% of Beijing’s fruit and vegetables. According to the state-run newspaper People’s Daily, at least 1,255 scheduled flights were cancelled on Wednesday morning, nearly 70% of all trips to and from Beijing’s main airports, while schools were closed and asked to return to online classes again. This new outbreak appears to be the virus type from Europe.

Why it matters: China had largely kept the coronavirus under control and even celebrated their victory over the disease. Their most recent cases were nationals returning from abroad. This second wave eerily mirrors the Spanish Flu, which saw a much deadlier and aggressive second wave as well. Plus, if China sees a second wave after declaring victory, then every other country could potentially have their second waves as well.

Who said what: Beijing city spokesman Xu Hejian isn’t taking the situation lightly at all, claiming that “the epidemic situation in the capital is extremely severe”.