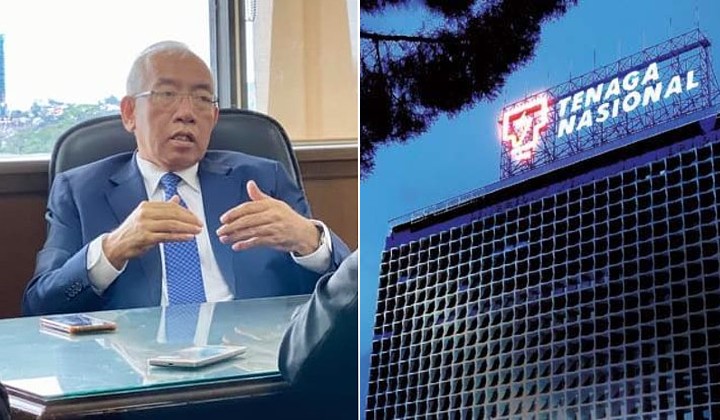 With assets worth a net total of RM59.3 billion, TNB made a profit of RM 4.4 billion in 2019  – which is why whoever heads this behemoth is in quite an important position.

Meet Datuk Seri Mahdzir Khalid, the chairman of TNB who was officially appointed to the position on 12 May.

Before he joined the electrical company, though, the Member of Parliament of Padang Terap, Kedah has had a long, and colourful political career.

A graduate from Universiti Sains Malaysia (USM) with a bachelor’s degree in Education, his political career began as an education staffer in 1984.

He then became a special officer to the Chief Minister of Kedah in 1993  and later on, the political secretary to then Deputy Prime Minister Tun Abdullah Ahmad Badawi in 1999.

Then in 2004, he was elected to the Kedah State Legislative Assembly for the rural seat of Pedu.

His most notable career moments can be broken down into three key positions:

Mahdzir assumed the role as the 9th ninth Menteri Besar of Kedah after his predecessor resigned due to ill health.

Mahdzir was the Deputy Minister of Energy, Green Technology and Water from May 2013 to July 2015.

During his tenure, he oversaw the development of Proton’s electric car prototype and the planning for the construction of the RM2.3 billion Upper Padas Hydroelectric Project (UPHEP) in Tenom, Sabah.

During a cabinet reshuffle in 2015, he was appointed as Education Minister in 2015, replacing Tan Sri Muhyiddin Yassin who had a falling out with then Prime Minister Datuk Seri Najib Razak.

As the Education Minister from 2015 to 2018, the educational topics around that time included the debate of allowing students to bring smartphones and electronic gadgets to school.

Mahdzir’s legacy as the Education Minister is marred by the Malaysian Anti-Corruption Commission (MACC) investigation regarding a solar hybrid power project to supply electricity to schools in rural Sarawak that happened during his tenure.

While the charges are made towards Datin Seri Rosmah Mansor, the wife of former premier Datuk Seri Najib Razak, Mahdzir is a witness in trial who testified that she had pressured him to speed up the process of approval for the contract.

The trial is currently ongoing.

He also held the position as deputy chairman of Tourism Promotion Malaysia under the Ministry of Tourism Malaysia 2008 – 2013.

Extended Discounts On Your TNB Bill Up To Dec 2020

TNB: Domestic Customers To Get Detailed Statement Of Past Three Months Bill With July Bill