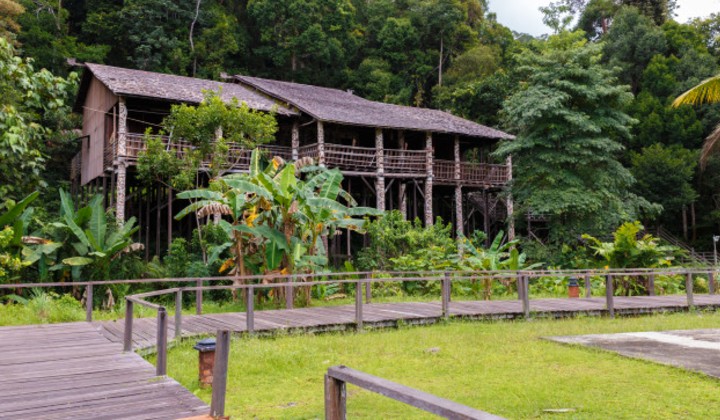 It’s sweltering in Malaysia right now, even with everyone holed up in their houses. Our climate is so hot and humid, sometimes it seems like throwing open the windows invite in more heat than it lets out.

While climate change is unavoidably real and turning the heat up, the difference can also be in how our houses are built now.

Malaysian buildings are now mostly built with bricks and concrete. Thanks to colonization and modernisation, construction of buildings have moved away from more traditional materials like bamboo and wood.

Traditionally, Malaysian houses were constructed in a manner suitable for our hot, humid, and rainy weather. In fact, traditional Malay houses were fantastically designed for climate control, including plenty of ventilation for cooling, choice of low thermal capacity building materials, and taking into account our generous rainfall, as well as solar glare and radiation.

Naturally, this was before air-conditioning was a thing, so our ancestors had to cleverly utilize the natural airflow of the area. Traditional Malay houses focused on ventilation with high stilts, ventilation grilles, and open window panels.

Traditional Malay houses were also built with low thermal-capacity and high-insulation materials perfect for our climate, such as wood, bamboo, and attap, which conducts little heat into the building.

They also cleverly avoided direct sunlight and solar glare, which is accompanied by thermal radiation, also known as heat. Instead, indirect sources of light like internal and external reflected light are used, which illuminates the house without the heat gain and glare.

This is in stark contrast to modern building materials like concrete, which absorbs and releases heat slowly- which is often why your house can feel much warmer than the outdoors at night.

Not only that, modern housing include a lot of high-rise high-density living spaces like flats and condominiums, aimed to fit as many households as possible. Thus, ventilation is sometimes impossible as a home unit may simply not have any room for ventilation at all with walls on all sides.

A rigid arrangement of houses, such as our typical urban residential areas in a row, creates barriers that block the passage of wind. Worse still are west-facing housing units, which take in the full force of the afternoon sun along with its heat.

Curiously, glass, even if specially tinted, lets in solar glare and thermal radiation, which can quickly grow uncomfortable as the house gets too bright and too hot. A solution to that would be thick, heavy curtains, but that becomes another problem of your house being too dark and now requiring extra electricity for illumination.

Ultimately, this modern industrial trend dismisses the suitability for our climate and the traditional ingenious solutions that have already been established.

Now, solutions in our modern homes generally revolve around additions such as the use of high-powered air-conditioners, added insulators in house walls, additional tinting of windows, or more cold showers.

Could we possibly reincorporate traditional solutions into our modern-day housing developments? Perhaps one day.