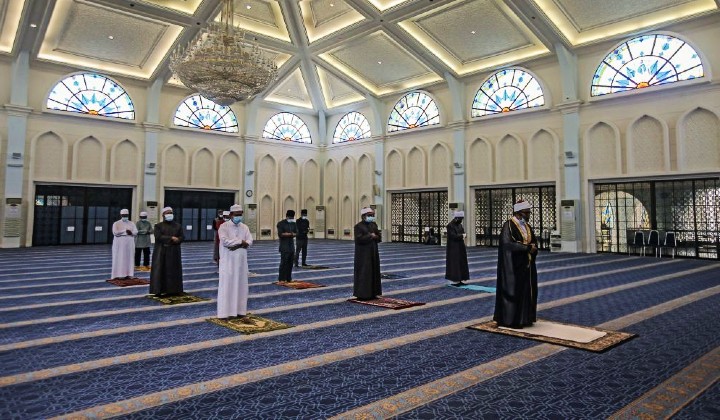 The federal government is allowing even more people to return to the nation’s mosques, specifically in the federal territories of Kuala Lumpur, Putrajaya and Labuan to perform communal prayer activities, including the weekly Friday prayers.

Senior Ministry (Defense) Datuk Seri Ismail Sabri Yaakob said that prayer activities can be conducted according to the safest maximum limit allowed for social distancing to happen, depending on the size of the given masjid.

This means that Malaysian Muslims can soon perform communal prayer activities with an audience of more than 30 people as limited mentioned by the government’s Covid-guidelines.

Some states have even allowed for more than 40 people to perform prayers at a time, following strict standard operating procedures (SOP) provided by the state’s religious authorities.

Ismail Sabri explained however that the final decision and allowance for the new maximum communal prayer activity limit would be decided by the Yang di-Pertuan Agong (YDPA) Al-Sultan Abdullah Ri’yatuddin Al-Mustafa Billah Shah.

Since the start of the nationwide lockdowns places of worship across the country had been closed then gradually reopened to allow Malaysian worshipers to return to the house of God.

Notably, 2 of the country’s biggest Covid-19 clusters involved an Islamic religious gathering in Kuala Lumpur as well as a Christian gathering in Kuching, Sarawak.