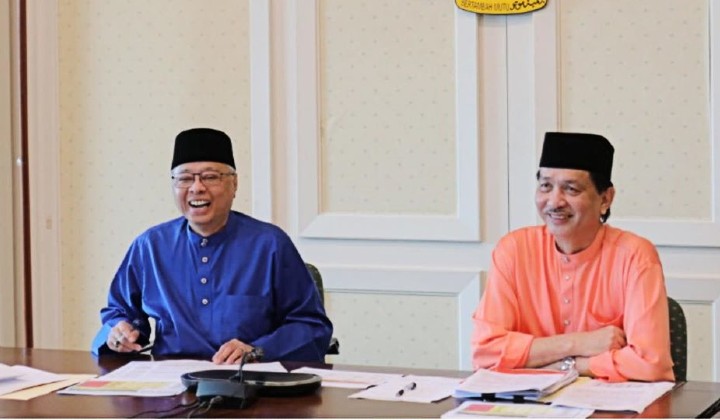 Though Malaysians are encouraged to ‘check in’ to business premises and eateries with the use of Quick Response (QR) code applications on their mobile phones during the Conditional Movement Control Order (CMCO) period, it is not compulsory for us to do so.

Speaking during his daily brief to the nation, Senior Minister (Defence) Datuk Seri Ismail Sabri Yaakob said that the use of mobile apps to track the public’s movement during the CMCO is supplementary to the nation’s efforts towards combating Covid-19.

As part of the CMCO, members of the public are required to register themselves every time they enter a grocery store, retail shop or restaurants. Since then, the federal government as well as several state governments have rolled up mobile apps with which the public can simply use to check into a given store.

According to the minister, it is completely up to the people if they so choose to use an app or register themselves manually by hand.

Furthermore, Ismail Sabri mentions that authorities have been doing checks round-the-clock to ensure that business premises abide by Covid-19 guidelines set by the government. Businesses that fail to comply with orders would be given warnings to improve before they are subsequently forced to shut down.

Meanwhile, the minister also explained that the government has yet to decide whether the nationwide lockdown period, which is due to end on June 9, would be extended.

Ismail Sabri said that the government would soon announce to the public if the CMCO would be lifted or stretched longer.