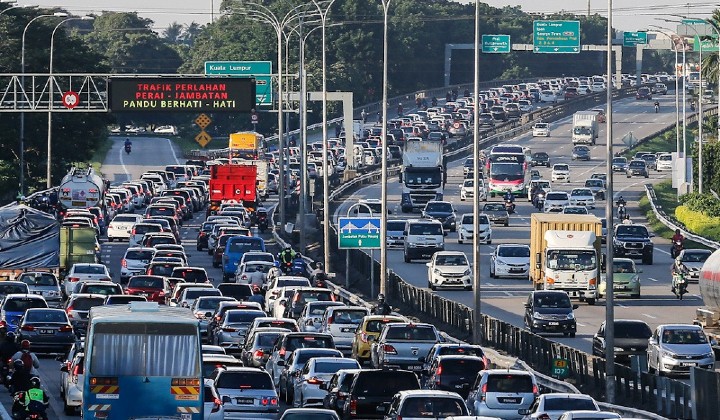 More than 50,000 vehicles have been recorded heading into Kuala Lumpur at the Jalan Duta toll plaza since the Hari Raya holidays began, and authorities are expecting even more in the coming days.

According to Kuala Lumpur police Chief Datuk Seri Mazlan Lazim, these travelers consisted of people working in the public and private sectors who are returning to the city to work after they’ve been stuck elsewhere due to the nationwide lockdowns.

The Chief explained that the majority of these individuals live and work in KL and are coming back to the city as their offices and businesses reopen with the implementation of the Conditional Movement Control Order (CMCO).

Separately, the KL police have issued more than 200 compounds to CMCO violators during the Hari Raya period.

Despite the no balik kampung ban on inter-state travel and restrictions on Hari Raya visitations, there have been reports of ‘mutinous’ Malaysian who continue to break the rules in the bid to celebrate Aidilfitri and in more ways than one, jeopardize the nation’s efforts at combating the Covid-19 pandemic.

Previously, it was reported that Melaka, Perak, and Penang are the top three states with the highest border crossing attempts during Aidilfitri.