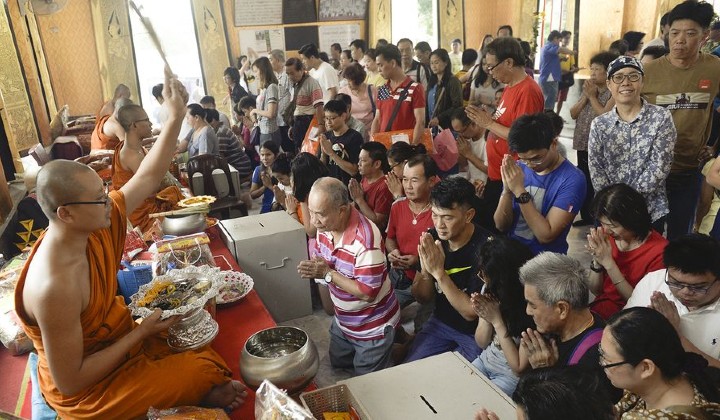 Also known internationally as Vesak day or Buddha day, it is to commemorate the birth, death and enlightenment of Gautama Buddha, the founder of Buddhism.

Following the Indian lunar calendar, Wesak is usually celebrated during the first full moon in the month of Vesakha which is around May or July and for this year, it falls on 26 May.

The way Wesak is celebrated differs according to countries but in Malaysia, devotees would begin the ceremony at dawn by gathering at Buddhist temples nationwide to meditate and sing hymns.

There’s also a candle procession and the symbolic offering of flowers made by devotees who would donate food to the underprivileged or monks.

Besides that, they would also partake in the ritual of bathing of the Buddha statue, which symbolises purification and the cleansing of a practitioner’s soul of bad karma.

There’s also the Wesak Day processions where Buddha statues are paraded in different locations, you can view the celebrations below.

Sadly, devotees are not allowed to go to temples to celebrate for this year, as announced by the National Unity Ministry, according to reports The Star, but some organisations, such as the Malaysian Buddhist Association (MBA) will be holding virtual ceremonies devotees could recite chants and bathe their Buddha statues at home instead.

This will be the case for almost of the states except for Sarawak which allows temples to open for one hour only but it will be under tight standard operating procedures (SOPs) supervision, The Star reported.

These places of worship can only open between 8am to 9am, and attendance is limited to temple committee members and members of Sangha, capped at 20 people max.

Being a multiracial country with a multitude of ethnicities, it’s always great for us to better understand the cultures which reside in this nation that we call home.