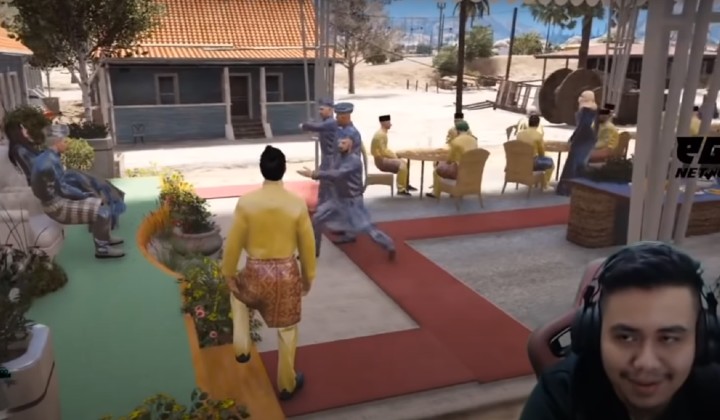 Since the country has been restricting movements during the Movement Control Order (MCO) to stop Covid-19, many things that were commonplace before seem like a lifetime ago, and that includes public gatherings and weddings.

But that’s the real world.

Over in the virtual world of Grand Theft Auto Online, some Malaysian gamers have banded together to recreate a wedding ceremony complete with matching outfits, a dais and even a silat performance.

Made on a modified version of the game, it’s a cheeky way that Malaysians who are mostly confined at home to get together and have a good time.

The video was first streamed live on Facebook before it was uploaded on GTA 5 Malaysia’s YouTube page which showcases many streamers in different scenarios.

There’s even a skit where the player becomes a rempit, riding a – you guessed it – a Yamaha RX-Z, the motorcycle that’s synonymous with the subculture.