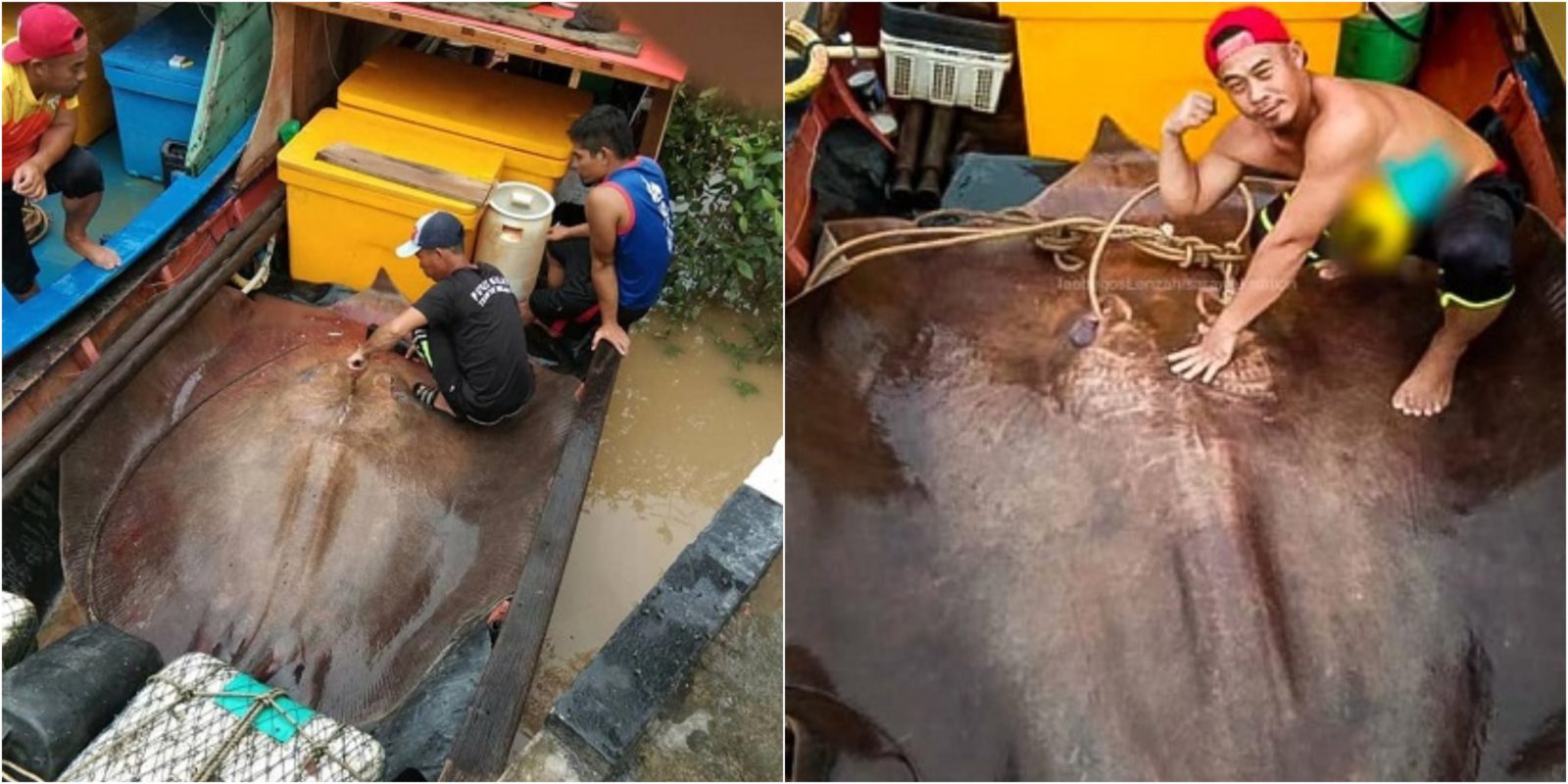 The elusive giant freshwater stingray made a rare appearance when the gargantuan fish was caught in the net of fishermen in Sarawak.

Fisherman Azeri Hipni told Astro Awani that he and three other fishermen set up their nets early Thursday morning at Sungai Lundu, almost 2 hours away from Kuching.The seasoned fishermen were expecting to get their usual haul of big – but not giant- stingrays.

But to their surprise, what wound up in their net was a supersized stingray measuring 4 metres wide and weighing 280 kilograms – thatâ€™s as heavy as four adult males!

Catching the giant stingray is no easy feat, though. While generally non-aggressive and inquisitive creatures, they put up a ferocious fight if caught. There have been reports of boats dragged around for hours and even pulled underwater by the powerful ray.

Not only that, stingrays have a sharp barb on the base of its tail that can easily penetrate human skin and bone – like a hunting arrow. This stinger can also eject toxins, making it quite the dangerous weapon.

However, the Sarawakkian fishermen managed to defeat the stingray after a half an hour battle with no serious injuries.

Though exhausted from the fight, Azeri told the news site that he was happy for the unexpected blessing to their livelihood during Ramadan.

The giant freshwater stingray Urogymnus polylepis is believed to be the largest freshwater species on Earth but itâ€™s a mysterious creature, mostly due to its elusive nature of burying in sandy or muddy river bottoms.

No one is exactly sure how many giant freshwater stingrays are left, which habitats they prefer, or even if they ever venture into the ocean.

They’re known to prowl rivers in Thailand, Cambodia and Borneo, though sightings are far and few in between.

On the IUCN Red List of Threatened Species, the Urogymnus polylepis is classified as endangered.