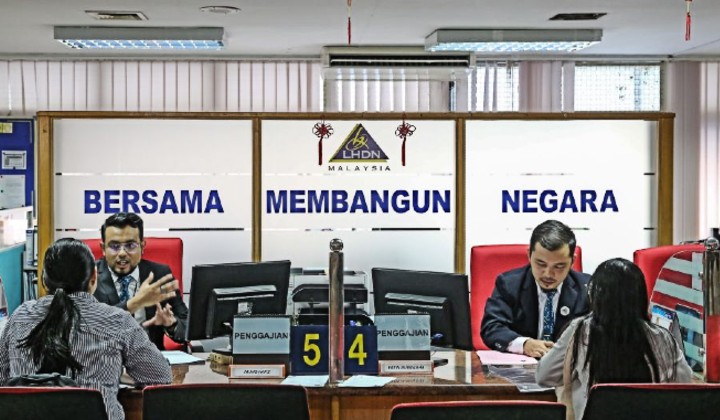 According to the Inland Revenue Board (LHDN), the government had approved over 3 million Malaysians for the first phase of the Bantuan Prihatin Nasional (BPN) Covid-19 aid program.

Meanwhile, some 2 million other new applications and appeals for financial assistance were greenlit for Malaysians not listed as Bantuan Sara Hidup (BSH) recipients when applications were opened last April.

However, it would appear that many Malaysians are still left out of receiving the much anticipated financial assistance.

The weekend saw waves of people storming LHDN offices across the country in hopes to make an appeal for their rejected BPN applications.

How to make an appeal?

After receiving complaints from the rakyat, the government is now giving Malaysians a chance to make their case and appeal to receive the BPN cash aid.

Appeals can be made either via email or over the counter at any of LHDN offices nationwide until the end of May.

Malaysians can submit their appeals and inquiries to rayuanbpn@hasil.gov.my or speak directly with an LHDN official on what supporting documents you might need to complete your application process.

Please be informed that during the Conditional Movement Control Order (CMCO) period, LHDN offices will be open Mondays to Fridays from 8 am to 3 pm.

According to LHDN, BPN approvals are made based on cross-checking with 10 different government agencies such as the Companies Commission of Malaysia (SSM), the Employees Provident Fund (EPF), National Registration Department (NRD), and others to determine a Malaysianâ€™s eligibility to receive the aid.

The LHDN lists several reasons as to why an application is rejected and is in fact stated on your online BPN results.

But a quick look on social media reveals that a number of Malaysians are relatively confused and disappointed over the â€œerrorsâ€™ with their rejected applications.

Based on the complaints, it would appear that some people were apparently listed as â€œTIDAK LAYAKâ€ or “TIDAK LULUS” for reasons such as earning more than the minimum income requirements for the aid or being listed as a student, even though their salaries are below the stated amount and have graduated college for years.

Assalamualaikum Orang LHDN. Can someone please explain to me since when my salary more than 4k/month? FYI, Iâ€™m not even eligible for tax. So on what basis your side provide me this kind of explanation? pic.twitter.com/RmNeBOJxjp

The BPN aid program was announced as part of the Prihatin Rakyat Economic Stimulus Package (ESP) to supplement the economy as well as the rakyat during the Covid-19 crisis.