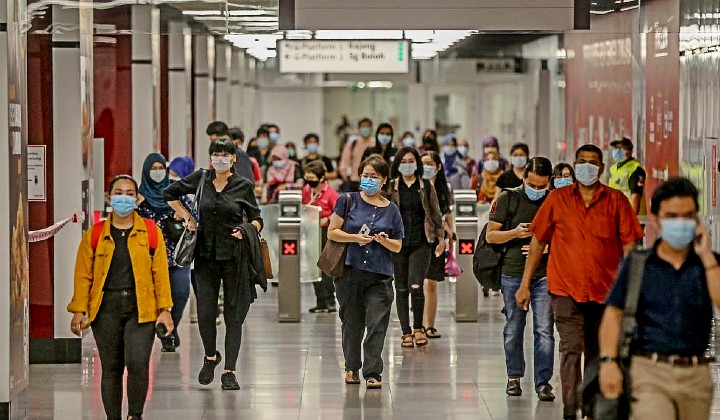 With the Conditional Movement Control Order (CMCO) now in effect, Malaysians must now exercise “self-control” in the fight against Covid-19.

Senior Minister (Defense) Datuk Seri Ismail Sabri Yaakob says that as lockdown restrictions have been rolled back, it is now up to the rakyat to practice self-regulation and discipline to assimilate to life under the new standard operating procedures (SOPs) that have been set in place to maintain public health.

The government believes that the confusion on the first day of the CMCO was relatively contained and that the overall public had abided by established guidelines.

We see that even though not everyone is following the set rules, we know that it’s not 100%, but most are obeying…

The minister explained that authorities were no longer focusing on controlling and restricting public movement and would instead be keeping an eye on the public’s compliance with SOPs.

Ismail Sabri revealed that a special task force headed by the Royal Malaysian Police (PDRM) is established to maintain and enforce the CMCO.

He explained that aside from PDRM, so far 14 other agencies such as the Malaysian Armed Forces (ATM), the Immigration Department, Malaysian Volunteer Corps Department (RELA), Malaysian Civil Defence Force (APM) have been authorized by the Health Ministry (MOH) to carry out enforcement activities during the CMCO period.

Enforcement will also be done across all levels in districts throughout the country with local authorities also joining observations.

The minister, in turn, reminds Malaysians that those in defiance of the CMCO can be subjected to penalties under the Prevention and Control of Infectious Diseases Act.

The approach that the police will be using is similar, start with instruction, if that fails to control (the situation) it will be upgraded to a warning, and if (they) are still stubborn, then move on to legal action…